Following the death of Chester Bennington, mental health and suicide is back in the media. Too little too late. It shouldn't take a tragedy like this hitting the headlines to encourage us to actually do something to tackle the issue. Why are we still waiting for mental health to be taken seriously? 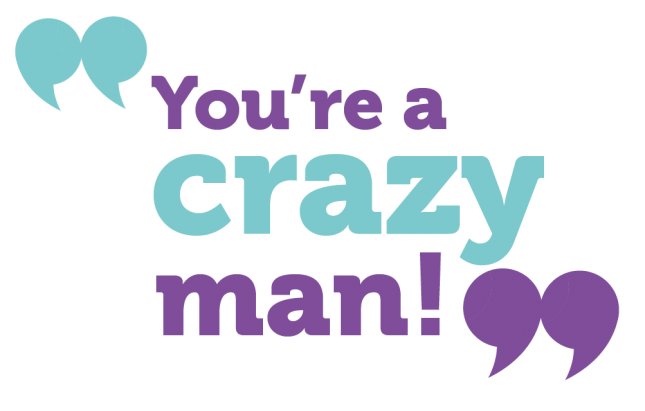 These were the words spoken (followed quickly by laughter) by the presenter of a radio show interviewing someone who was clearly experiencing some issues with their mental health. The "You're crazy" phrase is used often - and in most cases without meaning to be offensive. For example, if your mate of 20 years turns to you and says "I am going to eat 100 chicken nuggets in 100 seconds. Film it. YouTube it. Let's get famous." One of the many go-to responses would quite rightly be "You're crazy!"

Unfortunately the radio presenter laughing and telling his guest he is a crazy man when he said the following was not helpful:

The man who said this line was Chester Bennington. Please by all means watch the full video before continuing to read.

Let's imagine for a moment...

Imagine if you woke up, turned on the TV and was greeted by every channel broadcasting breaking news that the Queen had taken her own life. What do you think would happen? I imagine the UK would grind to a sudden halt with everyone thinking “Why didn’t we help her when we had the chance?” Mental illnesses would be taken far more seriously and help offered to anyone displaying even the slightest hints of poor mental health. It would be one of the biggest cases of tragedy inspiring change.

Take a breathe, at the time of writing this the Queen is alive and well. The point I am making is this: Why does it take a famous person to do the unthinkable, for the rest of us to think?

I can’t help but feel gutted that this is what it takes for people to understand that mental health is an issue that needs constant attention. There has been a massive spotlight on Chester Bennington’s death last week, a music icon/legend who won countless awards but more importantly inspired a generation. A loving husband and a father of six who now have to navigate life without their Dad. A prospect that terrifies me. I can't imagine what they must feel right now.

The problem we are facing as a society at the moment, in my opinion at least, is that we are goldfish. Back when Robin Williams sadly passed away, depression was a huge talking topic, specifically hiding depression behind a laugh or a smile. Although it was later discovered that it was his suffering with Lewy body dementia that led to his passing, at the time it was thought that depression led him to take his own life. More recently, Ant McPartlin put mental health back on the media agenda when he self admitted to rehab after admitting an addiction to prescription drugs and a struggle with depression and anxiety.

I did a quick Google trends check on mental health and noticed some highs and lows. Celebrities either admitting mental health issues or 'outed' on their mental health status in the media increases the number of searches and enquiries related to mental health. But this is what I find so sad. It shouldn't take a famous person or a tragedy to strike before creating change.

Need another example? The Grenfell tower fire has taken at least 80 lives. At the time of writing this the BBC have just published an article online: "Sixty blocks 'fail new Grenfell fire test'". Although I am glad those 60 blocks will now undoubtedly be made safe, it is the loss of 80 poor souls that will bring about change. That's not right.

Looking at past suicide stories, both fictional and non-fictional, the ‘cries for help’ can be very subtle and hard to miss. Who saw Robin Williams, the guy always laughing and smiling to not be with us now? Or if you have seen the Netflix series “13 reasons why” the main characters last ‘cry for help’ was simply wanting her teacher to call her back in and talk for a while. This is why Chester Bennington’s case amazes me. 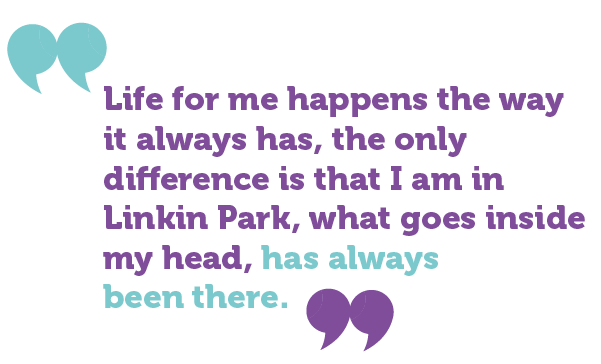 Some of the statements Chester was saying were not subtle. He might not have seen them as cries for help, but nevertheless they were truthful statements that shouldn’t have been ignored. Now it is difficult to know exactly if he did receive help, he could well have been offered assistance, but with something this obvious, why didn’t the mainstream media pick up on it?

I imagine it's because the headline ‘Guy says sad things’ isn’t a very catchy headline, right?

Let's look at the facts

We at Social Change UK are no strangers to working on the subject of mental health. We were heavily involved in the creation of the HeadsUp campaign that focused on supporting men struggling with mental ill health. During this campaign we conducted extensive research that unearthed shocking insights that helped inform the further development of the HeadsUp campaign. Click here to read more on the HeadsUp Campaign.

However let’s play a little game. How many of these statistics did you already know?

What does this all mean?

To point out the first obvious observation, it means that there is a serious issue with male mental illness that needs continued attention, preferably on a nationwide scale.

Secondly, if you didn’t know these statistics (or at least in the rough ball-part area) it means that we, as a collective society, are not doing enough to educate those around us on this issue. For the sake of keeping my faith in humanity, I would like to think that this problem is due to genuine lack of knowledge, and not blatant ignorance.

Chris Cornell. Another incredible music icon. Amazingly talented and loving individual. Passed away on May 18th 2017, aged 52, due to taking his own life. Chris and Chester had bonded when they were on tour together nearly a decade ago. Through multiple collaborations, on-stage performances together and helping each other through mental health issues, throughout the years they formed a close friendship.

Why is this important?

Chester took his own life on July 20th 2017. This would have been Cornell’s 53rd birthday. They had a strong relationship, there was also a string of emotional tributes by Bennington, along with a singing rendition of Leonard Cohens “Hallelujah” at Conell’s memorial. These two were close. It wouldn’t be the biggest leap in logic to think that Bennington was following in his friends footsteps. I guess hindsight is a wonderful thing.

Look to those around the victim

It is no breaking fact that a bereavement causes a lot of emotional stress. However I can’t help but feel this stress is heightened when the cause is taking ones own life. Why? Because there is a much higher chance that it could have been prevented.

After learning copious amounts about mental health when working on the HeadsUp campaign and various other similar campaigns, I didn’t read much on the topic of helping those affected by a loved one passing from taking their own life. I had to do a little research to find SASP “Support after Suicide Partnership” and SOBS “Survivors of Bereavement by Suicide”.

Of course there are many people out there who will know of these organisations and help signpost people in need to these services. However I bet not everyone knows about these great organisations. My hands are up, I didn’t know about them, but I am thoroughly glad I do now, because if I come across an individual who I think would benefit from these services, I can signpost them, safe in the knowledge that experts can take care of their emotional needs.

Chester Bennington could have been one of those individuals who needed SASP or SOBS to work through his bereavement, but again it comes down to the issue highlighted earlier. Lack of education.

You can read up on these organisations here:

Well this blog has made me sad

I apologise if this read hasn’t been the cheeriest of experiences. However it is hard to dress this topic up nicely. Besides, I wouldn’t want to anyway as it would feel like a disrespectful gesture to those individuals I have referenced, reducing their emotional stress and tragic passings to a few well-thought out ‘fluffy’ lines carefully constructed as to not cause any distress to anyone reading this.

We need distress. It’s just another way of saying someone is out of their comfort zone, which is an uncomfortable space that forces us to adapt and learn.

Or should we just sit and wait until another celebrity takes their own life for everyone to do something about it. 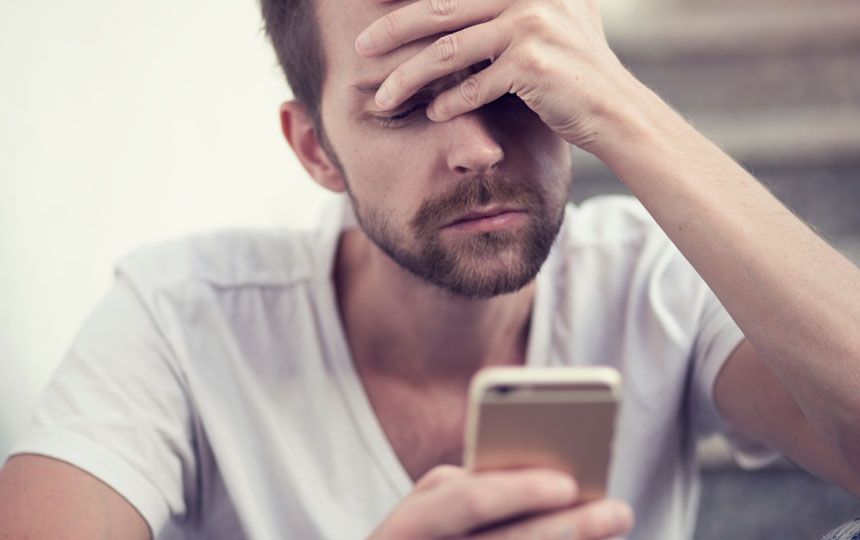 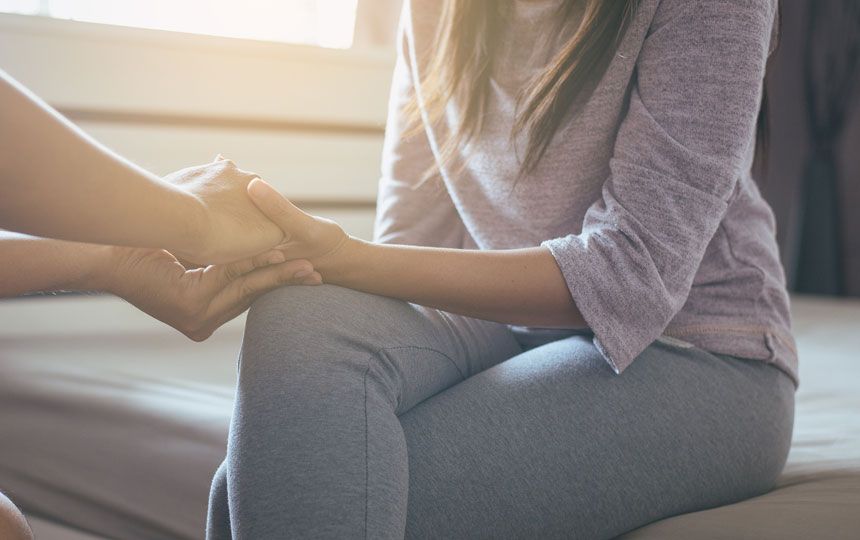 Sunday is World Suicide Prevention Day. Too many people loose their lives every year because they think taking their own life is the only answer. Don't you think we should work together to bring that number of lives lost, down to 0?