We conducted research with men aged 30-59 around their mental health and found that they were amongst the least likely to seek help for mental health issues. From this, we developed a website, communications and a digital campaign to engage as many men as possible with tools and resources to help them to deal with issues having an impact on their mental health.

HeadsUp is a NEW mental health campaign to help men stay happy. The campaign targets men aged 30-59, living in low-income households in Aylesbury and High Wycombe in Buckinghamshire - two areas identified through research as having higher numbers of men with mental health concerns.

A new dedicated website and eye-catching communications, as well as a digital campaign, has launched to bring as many men as possible through to the tools and resources we have designed to engage men on issues that might be worrying them such as debt, lack of sleep, depression and anxiety.

Our research with men aged 30-59 years in Buckinghamshire found that men in this age group were least likely to seek help on mental health issues, with many not addressing their concerns or seeking help from friends, partners or professionals.

The campaign is designed to offer men a source of information and some guidance about mental health issues they might be worried about, communicated in a style to which they can relate. Local men told us that this information needed to be communicated in a style to which men could relate, making them far more likely to reach out or speak to the relevant services available.

Focus groups with local men informed the design of the HeadsUp website, a site which comprises of an online toolkit of information and tips for coping with symptoms on poor mental well-being, an online self-assessment tool, tips for people concerned about a man’s mental well being and tips on how men can ‘stay happy’.

Other resources that have been designed to specifically target the intended audience are the HeadsUp scratch cards, which act much like the online check-up, encouraging men to use the advice underneath the scratched off problem if they feel this is a problem they are worried about. There are also beer mats and posters, signposting men to the website, as well as mirror stickers for display in male public toilets.

The campaign is being launched in December 2015 and runs until the end of January 2016 -a time of year when the prevalence of poor mental wellbeing is at it’s highest. 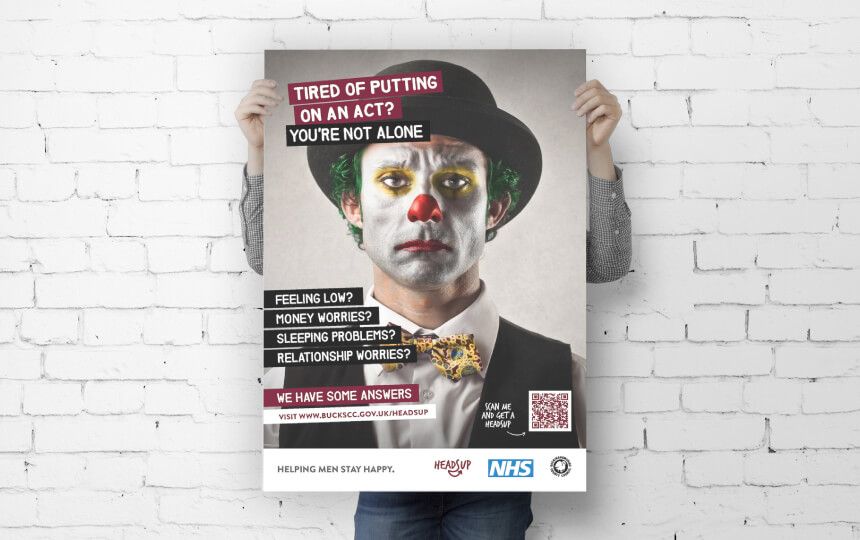 We worked with Buckinghamshire County Council to develop HeadsUp, a campaign to encourage men to feel happier and provide support to those who need it. 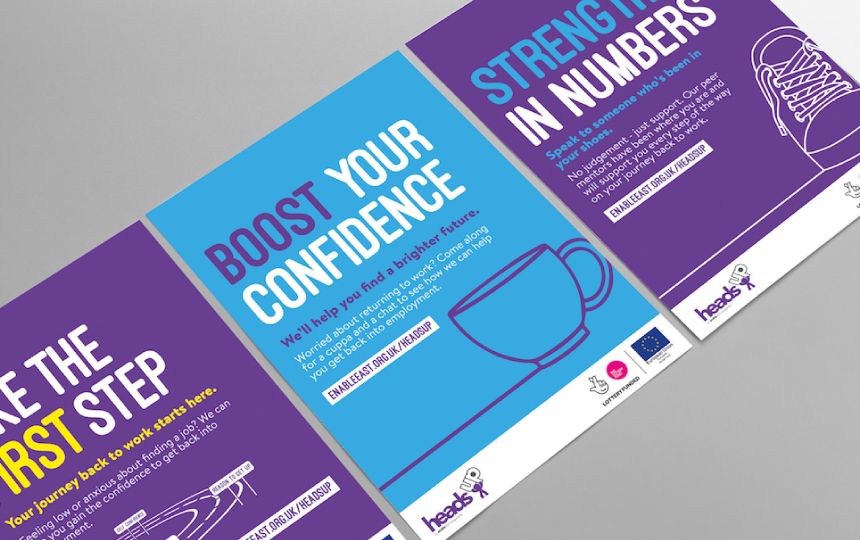 Helping people back to work

We have been working with Enable East to help them develop and deliver a lottery funded programme to help people with common mental health problems get back into work after long-term unemployment.