Social Change UK worked with Derbyshire Community Health Services to design a campaign to raise awareness of sexual health services and the importance of safe sex. 'Jiggle Wiggle' has received both national and international attention and has reached further afield than just the county of Derbyshire.

A campaign designed by the Social Change UK team is hitting the national headlines this week.

‘Jiggle Wiggle’, a campaign targeting older people with safe sex messages has caught the attention of national and international press including The Daily Telegraph, The Guardian and MailOnline

It also featured on ITV's Loose Women and Lorraine.

The three-month sexual health campaign launched last week, is designed to encourage Derbyshire residents – including those in their 30’s, 40’s, 50’s and 60’s - to look after their sexual health. But unexpectedly, the campaign is reaching further afield than just the county of Derbyshire.

Kelly Hunstone, Chief Executive at Social Change UK said: “We are pleased this campaign is getting attention as it is such an important message. I think for too long; sexual health campaigns have focused entirely on young people, forgetting that there are many single people over 35 divorcing and dating”.

Derbyshire Community Health Services NHS Foundation Trust, who commissioned Social Change UK to design and deliver the campaign are delighted at the attention the campaign is currently receiving and hope that this interest raises awareness of safe sex for all – no matter your age. They provide NHS sexual health services to the people of Derbyshire - including contraception advice, sexually transmitted infection (STI) & HIV testing and free condoms. 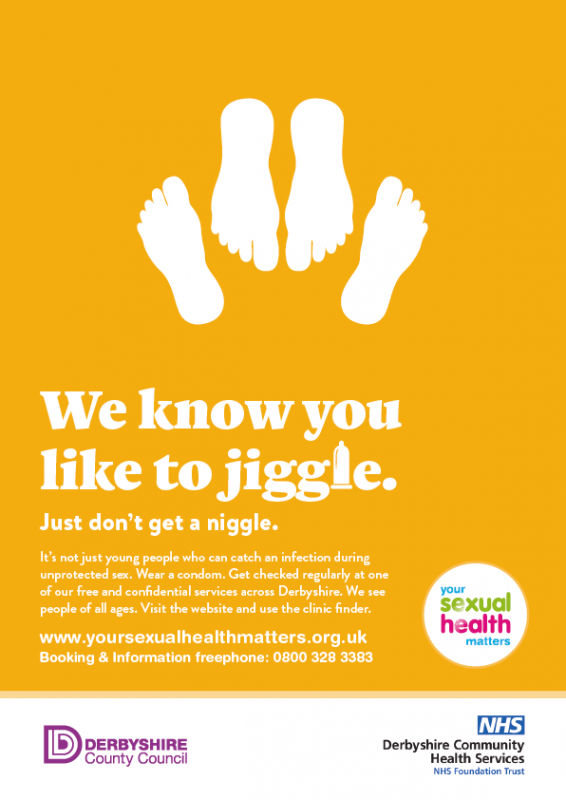 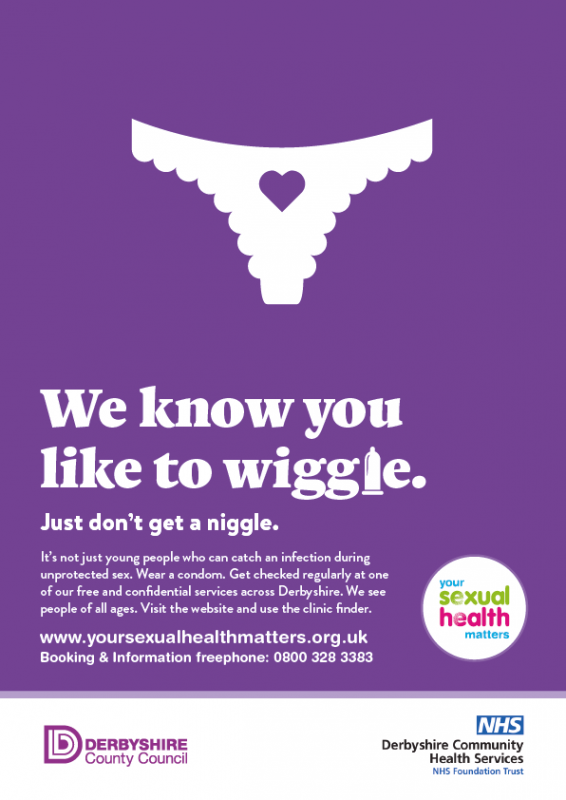 However, a few factual inaccuracies have found their way into the media this week which are important to correct. Firstly, we are not giving free condoms to pensioners. But through this campaign we are communicating the important message of safe sex to people of all ages – including people in their 30's, 40's, 50's and 60's. Kelly Hunstone said: "There has been some debate on Loose Women, and a discussion on Lorraine about whether people aged over 60 should get free condoms. We want to make it clear that we are not giving out free condoms to over 60’s or pensioners. But it does beg the question, why not? Age doesn’t prevent you getting a Sexually Transmitted Infection (STI). And as many media outlets have mentioned in their articles this week, STI’s in people aged over 35 are rising. Treating and managing sexually transmitted infections costs the NHS millions every year. We are trying to prevent people getting them in the first place".

Social Change UK carried out research in Derbyshire with residents across age groups before designing the campaign. In addition to targeting people aged over 35, vulnerable adults are also being supported. Charities and support organisations across Derbyshire have been given free condoms to distribute to residents who might be at risk or who are vulnerable. For the first time, condoms have been distributed to food banks operating in the county after our research revealed that some residents cannot afford condoms, leaving them vulnerable to sexually transmitted infections.

For more information about the campaign visit our portfolio