The dark side of marketing: The Dark Web

Recently, we presented you with top 10 'most shocking and controversial marketing campaigns' and explored the use of shock tactics. They ranged from kids holding sweets and guns, to 9/11 being multiplied 20 or 30 times. Initially, we didn’t plan on this being a series, but our research in this area led me to an exploration of the dark web and what marketers could learn from those operating on the dark side... Here are five key lessons.

For those who might not understand what the dark web is, it is a hidden corner of the internet offering maximum privacy to consumers from the prying eyes of governments and Internet Service Providers (ISPs). This portion of the internet lurks beneath our visible and encrypted websites that are indexed by major search engines like Google and Bing. To access these sites, you would need to download specific software.

Although latched with a creep name, the ‘dark web’ is not completely full of questionable doings. There are some perfectly harmless websites that are simply just not registered to a search engine and some 'reputable' companies are exploring a presence on the dark web including Facebook and even the New York Times. The fact that there are some 'good' websites in the dark web tends to be overlooked by much of the public and our perception is that this is a place for 'bad stuff'. Actually, to my surprise, a recent analysis found that a very small percentage of the traffic on the dark web is related to hidden/illegal services and unsavoury 'goings on', but it is the case that the dark web tends to be a place where illegal activities do go on such as drug trading, human trafficking and even ‘crowd-funder assassinations’. Regardless, it seems more and more people are moving over to the dark web - mainly to avoid censorship and surveillance. So what can we learn from those operating on the dark side?

LESSON #1: It's a place to find out more about your audience

Marketers can harness the power of the dark web to gain insights about the needs and wants of current and prospective customers. It's a place to understand people. It can be used as a market research tool to gather data to inform stronger messaging in marketing. It could be a great place to listen as there are thousands of forums where people can say exactly what they want with no fear. But be warned, some forums are hotbeds for hated, trolling and vile. When people can put on a mask and speak, it might be a kind of honesty you don't want to hear.

A shift in the numbers of people moving to the dark web will spell doom for predictable marketing strategies and we need to be aware. Marketers will not be able to get customer information and will not know how to target them. Analytics will not be accurate with more consumers using the Tor browser and other hidden networks. We have already seen this with dark social (read Rob's piece "why we can't ignore dark social") so it is not unexpected that we will see this with the move to the dark web. Like dark social many conversations are happening out of the public space and in private groups, forums and messaging apps and it will be the makers of these platforms that will hold all the data.

What does this mean for us? Well, we might need to enter the dark web. its not just companies and consumers moving in too. Political parties are using sites in the dark web for discussions and forums, and there are active communities related to technology or games. These sites are used for privacy rather than for criminality. Every one knows that as a marketer, you have to know your audience and go where they move...

LESSON #2: You can innovate in the dark web

If we are to believe that a lot of people are shifting to the dark web for privacy, and many discussions are taking place in various forums, (especially in the tech community) then we can assume that innovation is happening. Before Bitcoin rose to the level of popularity and mainstream acceptance it holds today, the dark web was one of the first places where the cryptocurrency made its appearance. There might be many other potential technological breakthroughs making their first appearance on the dark web so if you are brave enough, this could be the space to be in - if you can find a safe space of course. It's risky so unless you know what you are doing, don't bother. There are lots of ways to innovate.

Influencer. A popular term in marketing often used to describe people who have lots of 'clout' (usually on social media - the person, or dog, with millions of followers). Why they are influencers starts with who they are - celebrities and famous people most often, the occasional dog, but also ordinary people who have built a following. The dark web doesn’t focus on influencers and famous people. They use “useful idiots” to influence people. These are people who are “perceived to be a propagandist for a cause, the goals of which are not fully aware”. The first thing to say is that they are not real people. To illustrate, during the 2016 US presidential election, it is alleged that the Russians created Facebook groups such as “Being Patriotic” and used Twitter to create trending hashtags such as “Hillary4Prison”. When people use these hashtags, engage in these Facebook groups and share the content they become influencers without even realising it. Its subtle and sneaky. Perhaps the lesson for us here is to use real people but adopt the tactics of the useful idiots, focusing on the promotion of ideals and doing good - not the kind of horrible we have seen most recently. A very clear purpose and a very clear narrative wins almost every time and this is what the 'useful idiots' are good at - the same cannot be said for our famous influencers.

I have read much of the years about the use of fear and shock tactics in campaigns. Various research reports tell us that it doesn't change behaviour. But what I do know is that it starts a conversation and sometimes a conversation is a starting point towards change. Some of these reports date back a few years and they don't take into consideration how the online world works today and we are in a time when provocative concepts are driving social buzz. Take Trump for example. He received a big boost adopting provocative ideas. Being provokes almost always leads to some kind of response and social media works on responsiveness and engagement. By responding with a sad face or an outraged comment because we don't like what we see and hear is pushing the idea further up the agenda and more and more people are seeing it. The algorithms favour buzz so fear or shock tactics or plain old controversy and polarised views in this day and age is what is winning. The machines love it.

But we don't want to be nasty. We are here to do something good (right?) but it seems to be the case that being heartfelt is less effective than heartless. So what can we learn from this? Well, emotion works. The baddies tend to use shock, anger and fear - three classic emotions. We should use emotion much more - but try sadness, joy, disgust, surprise, trust and anticipation. Disgust is an emotion we should really explore more as change marketers, because we could change 'norms' by communicating how some ideas and actions are disgusting. We don't because we tend to not want to rock the boat or associate ourselves with ideals and actions that are to the many, disgusting.

If you have read all the way to the end, you will have picked up that many people operate in the dark web not for criminality but to remain anonymous. Now why people want to remain anonymous could be debated at length.. Do they have something to hide? why do they want to remain under the radar? Are they not prepared to say what they think in a 'regulated space' and so on. But forget that for a moment. I think this tells us quite simply that no matter what the reason is, people value their privacy. So this tells me that dark web or not, we must value privacy. Had GDPR come in earlier we may not have lost a lot of people to the dark web but we are where are and as marketers we need to recognise that people want privacy.

Let us know your thoughts. Join me on LinkedIn: https://www.linkedin.com/in/kellyhunstone/ or start a debate on our social channels. Scroll down to the end of the page and click on Twitter or Facebook. 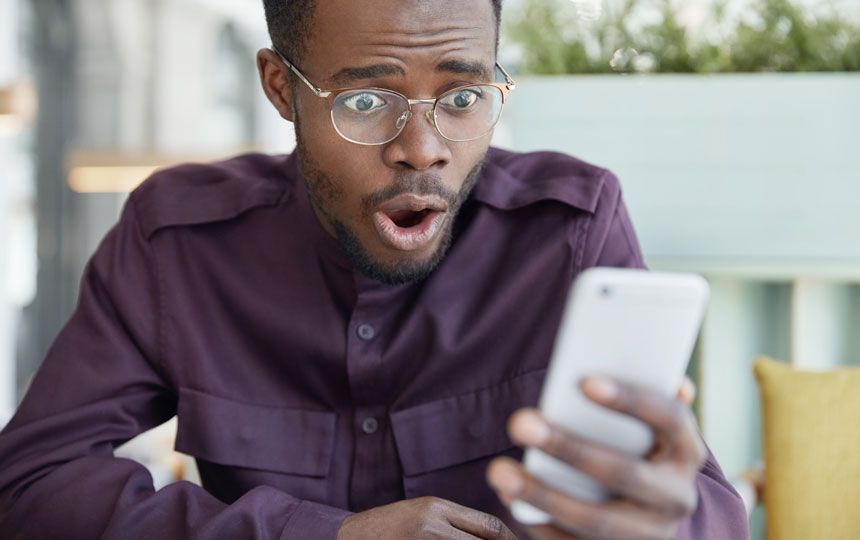 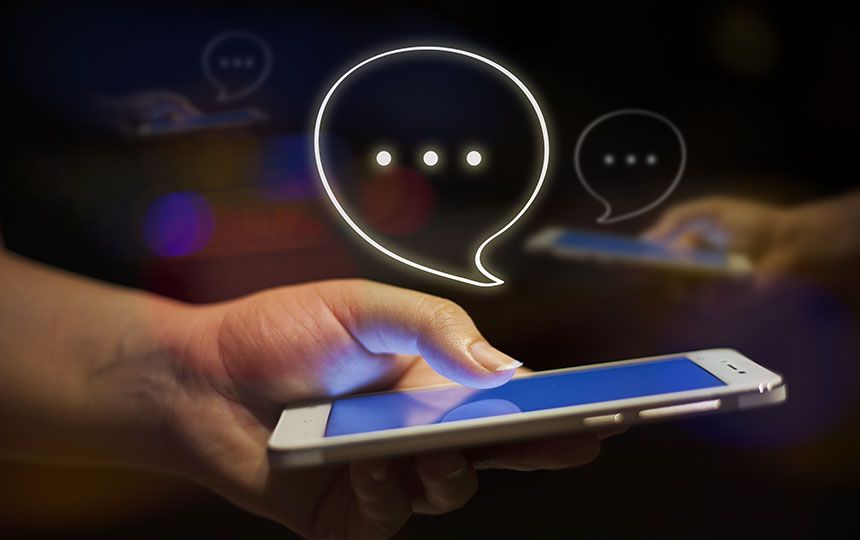 Why you can’t ignore dark social

This is not a blog about the Dark Web. Today we are talking about Dark Social and why you can't ignore its power... 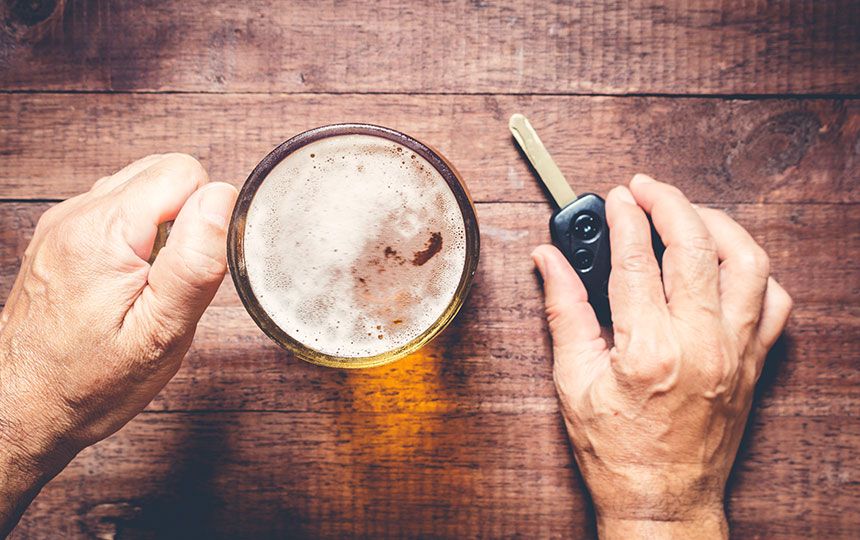