Despite social media being the source of cyberbullying, addiction and self-esteem issues, yet another platform has emerged. This platform recognises that social media has had its ups and downs (a bit of an understatement) and supposedly stands for 'true social'. But will this new platform actually do anything to change the negative impact of social media? Or will it just be more of the same? I know what my answer would be...

I think you can describe Vero in 3 simple words. Modernised original Facebook. What I mean by this is Vero is similar to the 'old' Facebook which was about the users and none of the advertisement ‘overkill’ we are experiencing today. Vero incorporates a clean newsfeed that puts ‘the power’ of what the user views into their own hands. No advertisements, no algorithms, just the stuff you want to see. Of course, it does incorporate some aspects of modern Facebook, such as a marketplace and the ability to share all kinds of different content, because there are some things we can’t live without it seems…

A lie in the title

The issue arises when social media starts to replace actually being social when you have the means to do so.

“The last decade has been defined by social media for better or worse”.

In the instructional video produced by Vero, they state this line at the very beginning. It’s a refreshing moment that they have at least acknowledged that social media has not been all sunshine and rainbows. Although the imagery used in the video at the time of this voice-over line, is a vein muscly guy taking selfies…but hey, let’s just ignore the younger generation growing up with social anxiety and self-esteem issues shall we. Although I imagine a young child crying while sitting alone in a playground isn’t going to sell the product very well.

Rob, are you okay?

I’ve written about how social media is doing some serious damage to many individuals who use it, especially those of the younger demographics, and I am not suggesting that my blogs are going to turn the tides on social media trends – no not at all, I am not that egotistical – but it’s more the fact that I am back here singing from the same hymn sheet but towards the new kid on the block.

It’s not just me that is finding themselves writing similar articles. Just last week the BBC published the article “Social media firms ‘failing’ to tackle cyber-bullying”. The opening line reads as follows:

“Social networks” failure to tackle cyber-bullying is risking the mental health of young people, a Children’s Society survey has found.”

1,089 25-year-olds were questioned and almost half of them said that they had experienced “threatening or nasty social media messages, emails or texts”. You might be thinking here that these individuals just think that this is just part of the social media ‘package’. But 83% of the participants want social media companies to “do more to tackle the problem”.

They want change but they’re addicted, so they continue to participate in unhealthy practices. Is now the time we start looking at social media being a real addiction and view it through the lens of drug addiction for example?

What is one of the biggest forms of content shared on social media? You can probably guess that selfies are up there at the top of the list…and now being addicted to selfies is a genuine condition, called Selfitis. What sounds like a punchline to a terrible joke, it's stated that:

“An urge to take selfies and upload them on social media more than six times a day is chronic Selfitis", according to researchers at the Nottingham Trent University and the Thiagarajar School of Management in India.

In an article that explores the ‘glamorous’ life of Janaid Ahmed, a 22-year-old with 50,000 Instagram followers, it's said that he takes up to 200 pictures of his face a day.

Let’s break this down a bit. For argument's sake, Janaid gets the minimum recommended night’s sleep for his age - 8 hours. This means he is awake for 16 hours a day. As a result, he is taking 12.5 (let’s round up) – 13 snaps of his face every hour! That’s over 1 every 10 minutes. How is he getting any work done?!

When reading this article, I kept on hoping that it was a satirical piece. I was borderline praying that Junaid was going to turn around and say ‘Just kidding, got you!’ and even if I have been blind sighted by this information, then we have wandered into the satirical realm, and like a soft-core episode of Black Mirror we laugh at a concept that is actually quite scary.

I won't even sugar coat this but I lost faith in humanity a little as I continued to read the article. Janaid states that social media can be negative space to be in. Great, high-five Junaid. He goes on to say “What you see on social media is not the truth”. Yes, Junaid! Great stuff. Following this he states:

“Social media is fun using it in the right way. But don’t let it affect your life purely because you aspire to be what someone else on Instagram is being…it’s just not worth it”.

You’re probably thinking right now, this Junaid sounds pretty awesome. However, literally (hate using that word in this context) in the previous quote he says the following:

“Years ago, I never used to look like this. I used to be quite natural. But I just think with the obsession with social media…I want to upgrade myself now…. I’ve had my teeth whitened, chin filler, cheek filler, jawline filler, lip filler, botox under the eyes and on the head, tattooed eyebrows and fat freezing.”

So, first he states that social media shouldn’t let you affect your life but then proceeds to describe how much stuff was injected into his face that I’m surprised they didn’t run out of stock of whatever ‘filler’ is.

The hypocrisy and contradictory nature of Junaid amazes me but I somehow fear that, although this article is trying to highlight the dangers to your mental health of Selfitis, readers might see it is actual satire.

Turning our attention back to Vero, the social media platform launched in 2015, but it was only in the past few months that the app surged in popularity. What has caused this popularity? Potentially it could be due to the growing frustrations within the Facebook user base, which paired with the rebellious branding on Vero meant that users climbed aboard the Vero bandwagon.

It could be due to the recent Snapchat update rolled out to try and re-invent the slowly failing app, which has subsequently received a very angry reaction from the majority of their user base. On February 20th 2018, Snapchat’s company – Citi – downgraded Snap’s stock from “neutral” to “sell” The following day, Kylie Jenner tweeted the following,

“sooo does anyone else not open Snapchat anymore? Or is it just me…ugh this is so sad.”

In all likelihood, the stock market was responsible for the reported $1 billion loss for Snapchat in one day. However, a pop culture influencer such as Kylie Jenner, couldn’t have helped matters and made users start to look elsewhere for their social media fix.

The difference in Vero

Honest answer, there isn't a lot. It’s Facebook prior to the advertisement onslaught. Give it a few years and if Vero has gained enough popularity, then they too will open up the floodgates of advertising to boost their revenue numbers. Facebook had the best intentions to begin with, and the way that panned out gives me very little faith and optimism that any other platforms, Vero included, is doing enough to safeguard users.

DOOMED FROM THE START?

When writing blogs I like to have multiple attempts at doing so. If time permitting I will allow a day in-between each draft so I can return with fresh eyes. Unfortunately, this blog was a couple of weeks in the making - and I'm so glad it was.

In the time it has taken for me to write this blog, users have grown suspicious of the owner of Vero - Ayman Hariri - a billionaire Lebanese businessman that has had a string of past nonpayment of wages, unsafe working and living conditions and workers denied access to food, water and medical care. So far, no allegations of any of the following have been made against Vero, so this is alleged only, but it is making those who care stand back and reconsider with some boycotting the app to some degree. That's the kind of rebellion I like to see!

Have you tried Vero? What do you think? Have your say below or join the debate on our social channels. 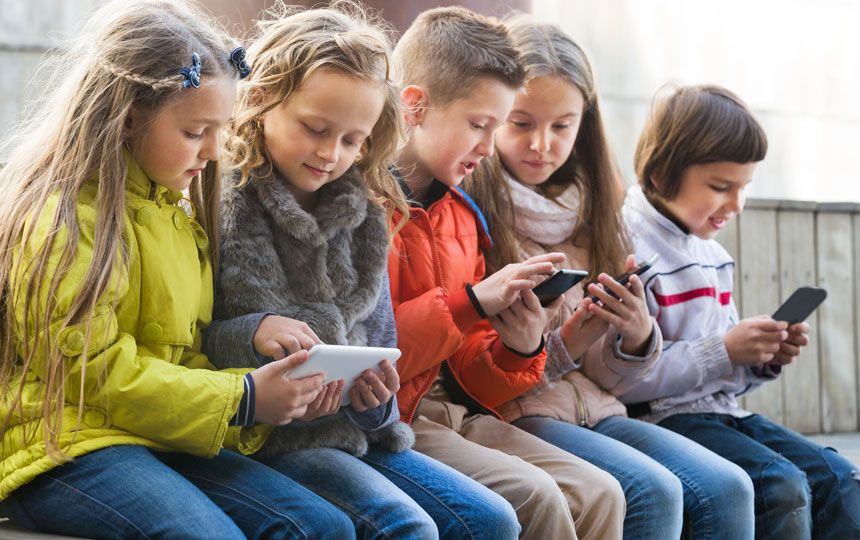