In celebration of Women’s Equality Day on the 26th of August, the team at Social Change UK have shared who they find inspirational. From Business women, activists, and educators to sportswomen and movie stars, the combined achievements of these women are worth celebrating.

Kelly wants to tell you about Karren Brady

"Baroness Brady of Knightsbridge CBE is one of the most influential, high profile and respected female business leaders in the UK. Having turned Birmingham City football club around, Karren sold the club in 2009 for £82,000,000. She joined the board of West Ham United in January 2010, and negotiated a successful bid for the club’s move to London’s iconic 60,000-seat Olympic Stadium. Under her leadership, West Ham has become one of the five fastest-growing brands in world football. Traditionally, football was a ‘man’s world’ and she quickly showed to the world that you don’t have to be male to make it in football. In fact, Karren has championed women in business from the start of her career. Karren’s wealth of experience and passion for supporting entrepreneurs led to her appointment as the Government’s Business Ambassador by the Prime Minister in 2013. She is a true inspiration to me and it is great to see her appearing on the BBC’s The Apprentice, in addition to many other stages and is a leading voice, contributor and commentator on business affairs and news programmes." 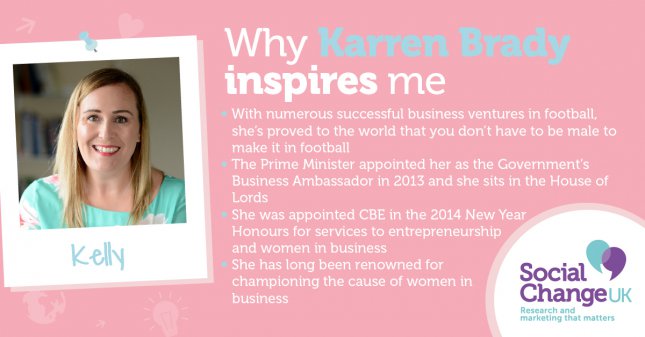 Rob wants to tell you about Michelle Obama

"Michelle Obama is an inspirational woman to me because even when facing a lot of ridiculous public resistance and pressure, purely because of her skin colour, she took massive strides to make her Country and the world a better place. Let me sum up some of the things she has accomplished during her lifetime: Helping fight childhood obesity, helping feed over 21 million low income children through free school meals, helping fight for LGBT rights, being advocate for young women and women’s rights. Helping with many humanitarian efforts from the Red Cross to promoting physical activity. Helping in the support for service members and veterans through wellness and employment opportunities. Helping young people realise their potential by exposing them to higher education opportunities. All while being the first black first lady, standing faithful next to Mr Obama. Michelle Obama is easily one of the most inspirational women in the past decade. Did I mention she has also graduated from both Harvard Law School and Princeton University?" *Drops mic* 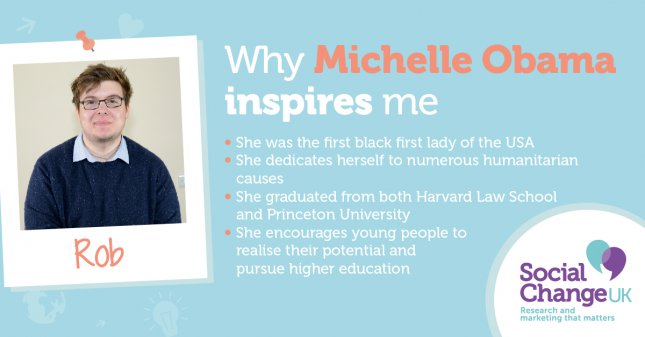 Emily wants to tell you about Loung Ung

Born in Cambodia in 1970, Loung Ung was a survivor of the Khmer Rouge regime under Pol Pot in 1975 – 1979. Her memoirs of her time during the conflict were published in a book “First they killed my father”, which details the murder of her family members and her time spent training to become a child soldier. Her strength, intelligence and resilience during these times was inspirational, especially given her young age. Due to her traumatic experience endured during the regime, Loung battled with PTSD and suicidal thoughts. She found writing about her experiences to be a therapeutic technique to cope with this. In 1996, she began working with the VVAF on the International Campaign to Ban Landmines, which won the Nobel Peace Prize in 1997. Today, Loung has continued her work as a humanitarian and has been working on a movie adaption of her memoirs with Angelina Jolie. 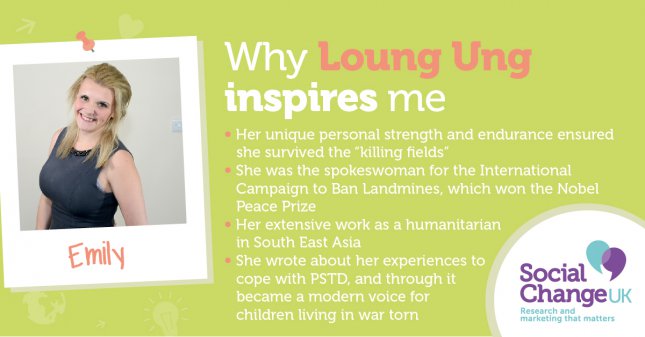 Katy wants to tell you about Malala Yousafzai

Malala’s extraordinary fight for all to have access education is truly inspiring. At just 17 years old she has already spoken in front of the United Nations and in 2014 became the youngest person to be awarded the Nobel Peace Prize. Malala’s activism against the suppression of children’s education made her a target to the Taliban, despite the horrific attack she endured, Malala continues to be a public advocate for the right to education and has recently accepted a place at Oxford University! 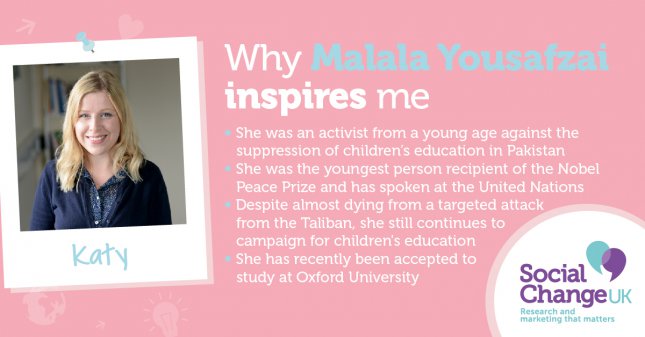 Savannah wants to tell you about Marie Curie

Marie Curie is a major figure in the history of medicine. Famous for her work on radioactivity and huge contribution to the fight against cancer. Marie Curie was also the first woman to win a Nobel Prize. She fought back against gender stereotypes, after being rejected from furthering her education because she was a woman. During the First World War, she also developed a small x-ray unit that was used to diagnose injuries in battle. This work was crucial in the development of x-rays. 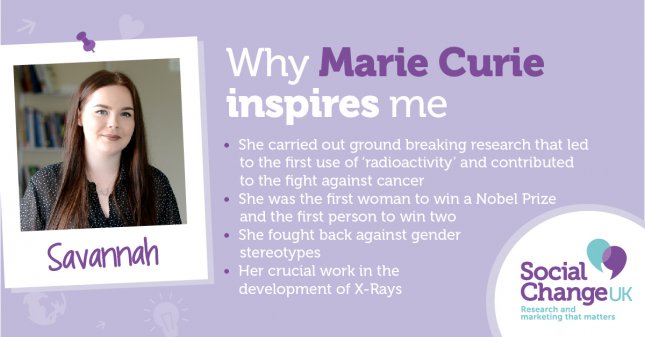 Jo wants to tell you about Kelly Holmes

I think Kelly Holmes is an inspirational woman due to her dedication to athletics and British Sport. Kelly became a familiar name, with her biggest, most memorable athletic achievement coming when she became only the third woman in history to win double gold medals in the 800m and 1500m final of the 2004 Athens Olympic Games. Kelly had fought off several injuries and had also battled depression in the years prior to this competition, but her defiance and resilience set her apart from other athletes. Since retiring from athletics, Kelly has set up the Dame Kelly HolmesTrust to support promising young athletes and other disadvantaged young people across the UK and also works to raise the profile of British Sport.

Eloise wants to tell you about Emma Watson

Emma Watson became a household name in 2001 when she starred as Hermione Granger in the Harry Potter film series. Although this is what she brought her fame, I find her to be an inspiration for her work combating gender inequality. She has grown up in the public eye, and has revealed the pressures women in the media face, such as highlighting and standing up against sexism in the audition process and workplace in general. She uses her status as a well-known actress and puts it towards helping raise awareness, and starting to tackle social issues, such as gender equality through helping to launch the UN “HeForShe” campaign. She speaks her mind and is passionate about advocating issues she feels strongly about without compromising her integrity as a woman, for example, not using her sexuality to sell stories. She can speak across the generations; she is able to inspire younger people as a role model for what someone of her age can achieve, and also capture the attention of older generations through her diverse appeal. 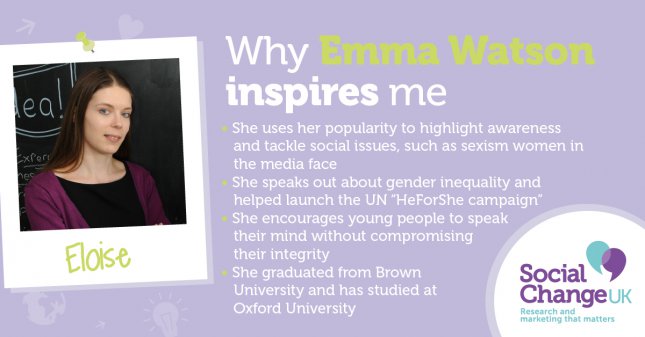 Ammar wants to tell you about Serena Williams

Despite facing challenges such as race and gender inequalities, Serena Williams continues to silence the critics whilst winning trophies and medals. Countless times we’ve seen reporters that have put Serena into the ‘female box’ when talking about the sporting greats, overlooking her achievements as a whole. That’s why Serena inspires me – she says ‘no’ to being branded as one-dimensional! 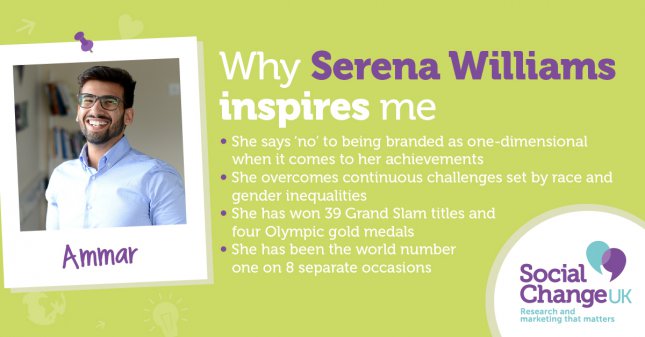 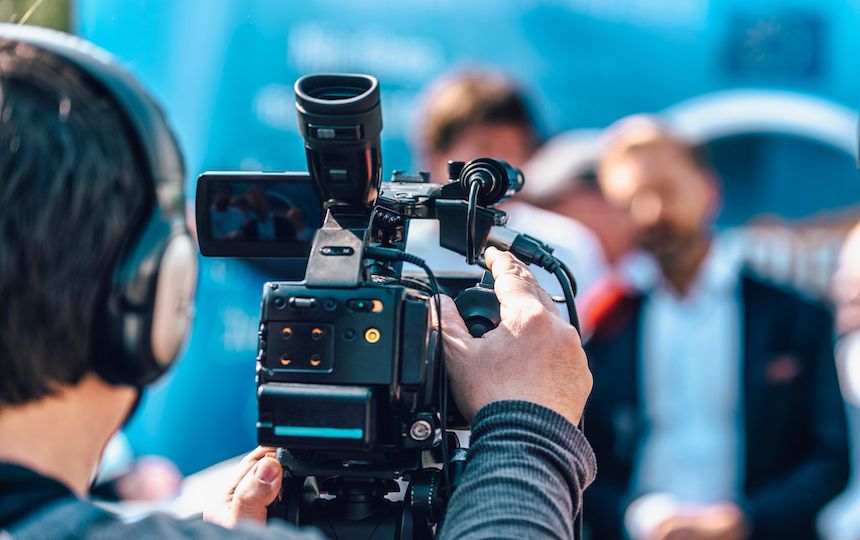