2016 - the year when computer games heal you

This week I read the annual predictions from Nesta and naturally one caught my eye. The headline shrieked 'Computer games that heal you'. In the article we are asked to imagine what it will be like to play a computer game that healed you as you played. For a second my imagination ran wild... really? A computer game that can heal you? But as I learnt, computer game therapy is a growing field and 2016 is predicted to be the year when it finally finds its feet. We could even see doctors prescribing games to patients according to Nesta.

Many of us know that the games industry gets a bad press. From the social isolation of teens spending hours alone in their bedrooms climbing level upon level to the psychological damage caused by playing war games and shooting zombies (and let's not forget rape and murder). But gaming actually can help improve health and wellbeing.

Role playing has long been used to help patients expose issues that can’t be confronted head on, and the role of team games in mental rehabilitation is well documented. Nesta are right to inform us of the use gaming has in tackling poor mental health. Each year, a quarter of the UK population will suffer from some type of mental health problem. The severity ranges from mild anxiety to full-blown depression, and many of these symptoms start in children before the age of 14. Mental healthcare services are struggling to keep up and the need to find preventative measures is now greater than ever.

We are often too quick to jump to solutions that focus on hardware, such as pills and diagnostics, rather than software to heal the mind. With the rise of the gaming industry, a new set of tools with therapeutic potential are emerging and I find this very exciting. Strong narrative structures, immersive role-play and comforting game dynamics are being brought to the attention of both researchers and doctors as valid treatments for a range of mental illnesses. Who would have thought Minecraft could heal the mind?

We love the research here at Social Change UK so we wanted to find out more about gaming as a potential intervention. In the study 'The benefits of playing video games' they found that all games, not just socially complex or immersive role-playing games, have a part to play in alleviating mental health conditions. Even simple games that are easy to access and can be played quickly, such as Angry Birds, were found to improve players' moods, promote relaxation and ward off anxiety.

So the message for 2016 is dismiss gaming at your peril! Maybe this is one solution we really need in a mobile and tech obsessed world. Watch this space. And Nesta, we will be looking to see if your prediction is right! 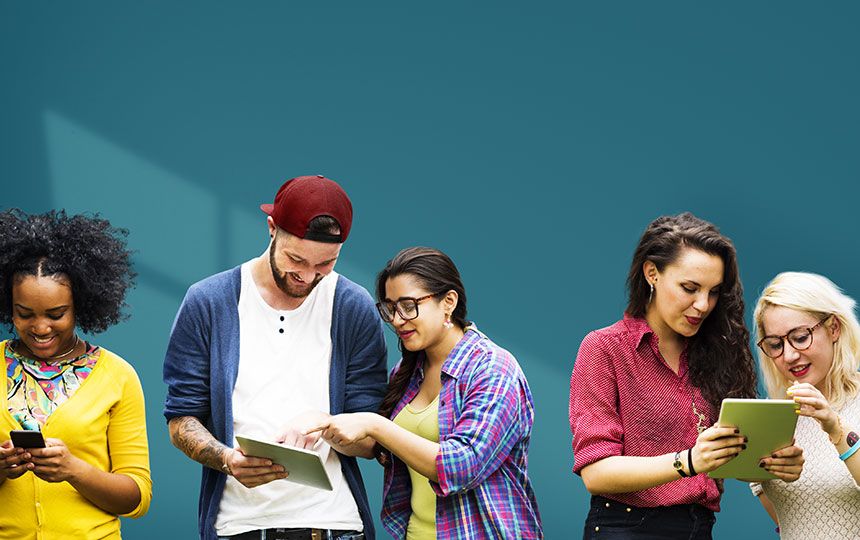 Social media is currently going through a transformation in what we use it for and how we interact with each other and other businesses. With the likes of Twitter, Facebook and Instagram competing for our attention, what does this year hold for the world of social media?