Cadbury's latest campaign with Age UK is using words, or rather, the lack of them, to raise awareness of loneliness amongst older people in the UK. But is it encouraging people to share their words as well as their chocolate?

They say a picture is worth 1000 words, but what if we take words out of the equation altogether? What story does that tell?

In the case of Cadbury’s new campaign with Age UK, it’s loneliness. The maker of the Dairy Milk - aka Britain’s favourite chocolate bar - has joined up with the charity to raise awareness of the issue amongst older people and to encourage us to “Donate our Words."

We're thrilled to be working with @CadburyUK on #DonateYourWords, a campaign to help tackle #loneliness.

Cadbury has donated the words from their Dairy Milk bars and will donate 30p from every sale to @age_uk to help us provide vital services & support: https://t.co/qfgI4BMryw pic.twitter.com/2PZv9DpZd1

For the campaign, Cadbury has removed the text from the Dairy Milk packaging and is instead “donating them” to isolated older people throughout the country. The project is accompanied by a touching video featuring the real stories of older people who are struggling with loneliness.

According to Age UK, 1.4 million older people in the UK are battling loneliness. This includes 225,000 who regularly go a whole week without speaking to anyone. The heartfelt campaign hopes to get people talking – literally – and to dedicate some time to an older person who’s alone.

But the campaign is about more than just encouraging people to reach out, Cadbury is also donating 30p from every bar sold to the charity (like we need an excuse to eat more chocolate) to support services that alleviate loneliness.

The project is not only striking up conversations with older people, but its powerful message is being sent to millions across the country. The video that accompanies the campaign has been making people emotional, with viewers describing the short film as “thoughtful” and “moving.” The video has since been followed up with a separate instalment, dubbed “Fence,” which shows how a small gesture can make a big difference to a lonely older person’s day.

Laura Gray, Brand Manager for Mondelez International (Cadbury’s parent company), said that Age UK “is an important charity that is really tackling the issue of loneliness,” and highlighted the importance of “small gestures in changing the lives of older people.”

They say the way to a person’s heart is through their stomach, and this sweet partnership is the perfect delivery system for such a message. Supplied on an iconic British treat, people of all ages are bound to pick it up and get their heart strings tugged, raising awareness far and wide.   If words are cheap, then from a behavioural aspect this campaign is genius. To take part, all us Brits have to do is give our time and words, something we can all do, but just as importantly, Dairy Milk’s 360g share bars were made for, well, sharing. This gives people the perfect excuse to pop ‘round to the neighbour’s’ and split a bar with a cup of tea and a catch up – so what are you waiting for?

If you'd like to get involved, find out more about volunteering with Age UK here.

Do you want to create your own heartfelt, purpose driven campaign? Get in touch with our expert team to create a cause marketing project that changes both lives and behaviour. 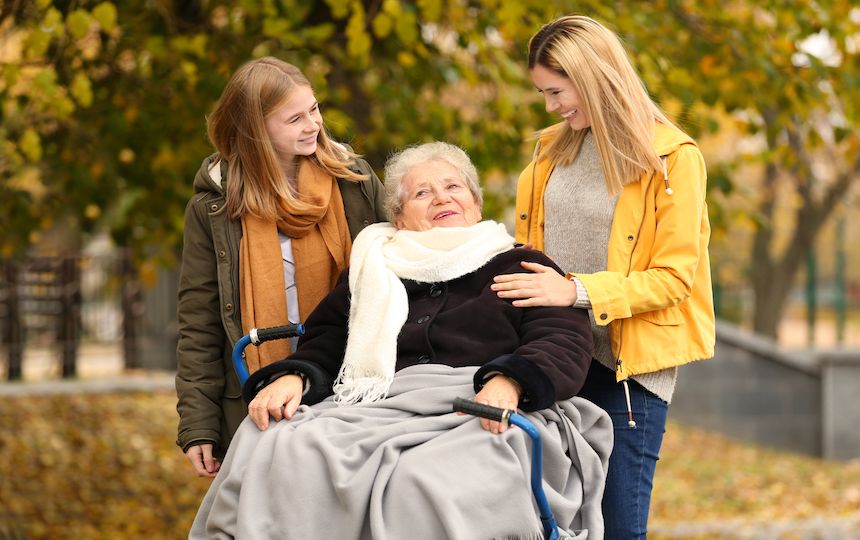