In recent months, Clubhouse has become a buzzword while it makes its way through social media as the new go-to app. But what exactly is it, how can you join, and how can it be used as a force for good?

With its invitation-only, iPhone-only access, Clubhouse rumours have spread throughout the internet, building momentum as it reaches more social media communities and tech news sites. Leaving the more curious amongst us wanting to know more, and importantly, how to bag that elusive invite.

Clubhouse opened its doors in March 2020 for an exclusive list of members who had the opportunity to try out the app during its testing phase. Founders Paul Davison and Rohan Seth stated they approached a quiet launch phase to test the app with real users, so perhaps even they weren’t quite prepared for how much the app has blown-up.

But before we delve further into exclusivity, virality and how this app will change social media, we’ll explain what it actually is and how to join.

Put simply, Clubhouse is a social media network based on voice. The app is centred around different audio-only ‘Rooms’ with a speaker and audience. Allowing users to dive in and out of different open Rooms at their leisure or create their own Room and virtually meet with friends, followers and members of the general public from around the world. Just think listening to a podcast meets walking in on a conference.

Co-founders Paul Davison - who had previously worked for Pinterest and Google, and Rohan Seth - who also worked for Google, noted in one of their recent blog posts that “[Their] goal was to build a social experience that felt more human- where instead of posting, you could gather with other people and talk. [Their] North Star was to create something where you could close the app at the end of the session feeling better than you did when you opened it, because you had deepened friendships, met new people and learned”.

How does Clubhouse work?

As the app grows in popularity, we’re seeing more and more people ask how to get their hands on the app. Sorry, Android and iPad users, the app is currently exclusively available on iPhones.

To join, you need to bag yourself an invitation, which was put in place by the founders so they can test and learn as it grows slowly. As the app becomes more and more popular, more people have invitations to spare, so if none of your friends are on the app, why not ask your wider network through a Facebook group or LinkedIn?

Once on the app, the simple navigation allows you to join any live Room you like from the Explore tab, search function, or your calendar. Alternatively, you can create your own Room.

As you enter a Room, you’ll appear as a muted listener. Want to ask a question or speak yourself? Just “Raise Your Hand”, and a moderator can then accept or decline your request.

Alternatively, if you’d like to start your own Room, just hit “Start a Room”. Then choose a “Closed” Room to chat with specific people, “Social” to chat with your following or “Open” for you guessed it, an open Room where anyone can join. Once moderating a Room, it’s up to you to either close the Room as you leave or pass the mic by assigning a new moderator before you go.

How did Clubhouse go viral?

Despite its perceived exclusivity, Clubhouse is already home to over 10 million members, and it has been valued at about $100 million, even though it’s still in testing. How has Clubhouse gone viral so quickly? The answer is simple, a mix of Zoom and Messenger fatigue, scarcity, current users and accessibility.

Whilst only being open to iPhone users with no set date for Android or other iOS users, we can already identify an established user base. Original users of the app included Silicon Valley members like Elon Musk and Mark Zuckerberg, celebrities like Drake and plenty of influencers, but quickly opened up to the general public as invites spread. Including celebrities and authoritative voices in the tech space has undoubtedly increased the popularity of the app. We all want to be the first to hear about Musk’s next project, say ‘we were there’ during Zuckerberg’s already iconic talk or be in Drake’s high-status Clubhouse circle, so we don’t want to miss out on the next important speech Clubhouse can offer us.

Whilst the co-founders stated they used invite-only inclusion for testing purposes, we argue they also used this as a tool to go viral. Behavioural insights we can relate to... For example, we all want something we can’t have, so it’s likely that Clubhouse would be less popular if we could all access the app at the same time. Invite-only also impacts users keeping their accounts- if anyone can access an app, they can take a quick look and then delete the app again if it doesn’t instantly appeal to them. Invite-only means people will keep their accounts because it gives them a sense of power, and it would be difficult to re-join. Clubhouse also assigns new users a ‘Newbie badge’ for a week, so people won’t want to sign up again, regain this badge, and be perceived as slow to join or not high-status enough to bag an invite in the early days. The curiosity of a closed platform causes more people to want to join the group- it’s human nature to want to be a part of that exclusive group rather than left out of it. Finally, the perceived exclusivity from limited invites creates a sense of urgency and raises demand even further. The feel-good factor of bagging an invitation before anyone else will naturally cause people to talk about being a part of the group, causing other people to want to follow suit and join in.

With open Rooms on just about any topic you could find, despite the current exclusivity, Clubhouse is also incredibly accessible- it’s a great opportunity to access education and debates, and opens new opportunities to network or meet new people.

Can Clubhouse be a Force for Good?

If used correctly, then yes! The accessible element of the app means it’s easy to educate, persuade and inform people on positive change for free.

The platform itself provides plenty of opportunities to create Rooms around Thought Leadership and education. Davison and Seth noted that within the first three months, users were already discussing the Supreme Court discussions and Ruth Bader Ginsburg, the Black Lives Matter movement and COVID-19. We’ve already noted engaging topics centred around Identity, Tech, Wellness, and Rooms centred around female changemakers and sustainable fashion. The easy-to-use directory means users can easily find and take part in topics that are relevant to them. When creating Clubhouse, Davison and Seth certainly used the current political and activist climate to their advantage. They’ve created an app that gives people the opportunity to join forces and feel a part of something special when entering a Room. The app provides everyone with the opportunity to speak up and discuss topics that are important to them and make their voices heard. It’s also important to note that when people do come together in groups, opinions can become polarised and echo chambers may form as more people adopt the group’s personality. This may lead to even more activism, and in turn, the creation of even more Rooms that will further increase app popularity.

Because the app is so easy to use, it’s a fantastic way to open up discussions and educate others on important topics. Although your open Room is likely to be found by someone searching specifically for your topic, anyone can drop in, allowing you to reach a large audience without expensive advertising and event space costs. It also provides people with otherwise no platform the opportunity to educate others relatively easily, allowing almost anyone to form a group and become a Thought Leader.

As we mentioned, Clubhouse is a great way to network and meet new people or spread positive change. Leveraging your unscripted voice over heavily curated text creates a more personable, authentic and trustworthy brand- particularly useful if you’re hoping to inspire digital-savvy Gen Zs and Millennials. Using voice over text and effectively controlling the mic also allows for essential discussions whilst reducing hate speech and trolling, enabling important topics to take the stage without being drowned out.

Clubhouse could become a source of personal wellness, especially during lockdown and the COVID-19 pandemic. We’ve all spent the last year Zooming friends and chatting over Messenger, which has all contributed to screen fatigue. An audio-only platform is a welcome change from visual-based platforms, and not just for our eyes. The founders have recognised that visual platforms can, and currently are, overloading our senses. An audio-only app will resonate with audiences as they realise this app is a great way to take in information whilst doing other things at the same time, whereas it’s much more difficult to multitask when using an audio and visual app.

Finally, talking is known to create a stronger bond than texting since we can hear nuances and intonation in voices. This is vital for personal connections while we’re physically separated. Clubhouse can also leverage the connected feelings of video calls without feeling the pressure of dressing up, worrying about our background or just looking at ourselves on camera- something we’ve all been caught doing. All of these factors are vital for our mental health and isolation during the pandemic and beyond.

Clubhouse is already catching on. Theories are floating around that Facebook is creating its own version of the platform, much like Instagram creating Reels after TikTok blew up. Twitter is already testing its Twitter Spaces (Good news fellow Android users, we’ll get to use it too!). So, this begs the question, will Clubhouse be swallowed up by the big leagues, or is this a future leader in the social media space? 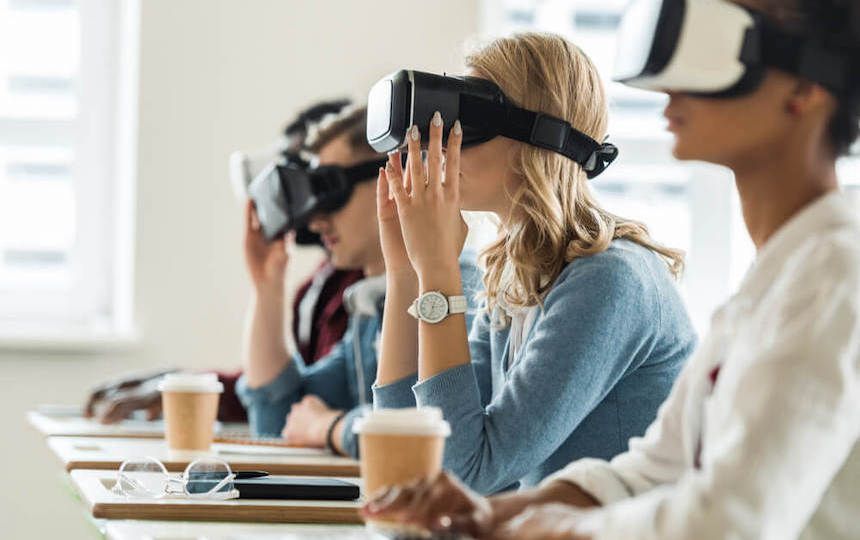 Exploring how virtual and augmented reality technology is currently being used, and how it can be used further, ... 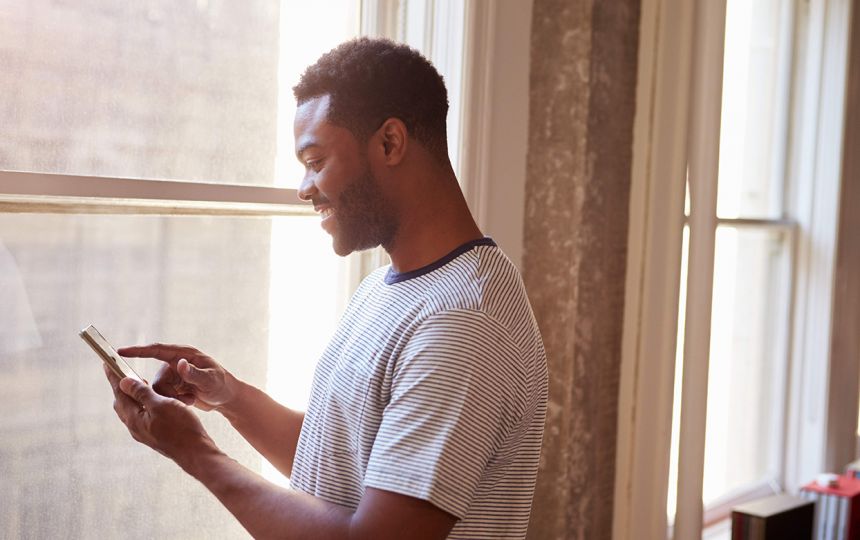 In September 2016 a new app took the world by storm, but has it been used for good?