Can Barbie make a difference on International Women’s Day?

Mattel, the creators behind Barbie, has launched another new doll this week - just in time for International Women's Day. The question is, can a doll help with gender diversity and representation and help plug the gap on gender inequality?

As a child of the 1980s, Barbie, or rather, it's cheaper and scarier looking knock-off, was a regular 'go to' in our household. My sister and I would play with a collection of skinny white big-breasted Barbie dolls, most often with accompanying tight, bright dresses, miniskirts and plastic heels. This week, 30 years after our Barbie fascination ended, and just in time for International Women's Day, the makers behind Barbie have announced a very different kind of doll. This doll is far from the swimsuit, size zero Fashion Jeans Barbie I used to know. It's Eleanor Roosevelt. 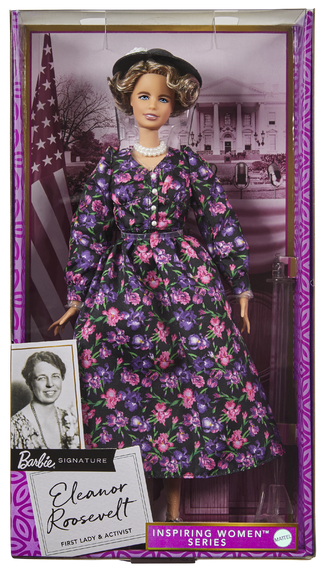 Eleanor is the latest historical role model to join the "Inspiring Women" series of dolls and is sold as part of the Dream Gap project, which attempts to address bias in the classroom, internalised racial bias, and inequities representation. In its launch statement, Mattel, the company that makes Barbie, described Eleanor as "A champion of policies around civil and economic rights, earning the title 'First Lady of the World' for her hard work and dedication to humanitarian efforts". Eleanor Roosevelt's perseverance redefined the role of women in politics and public life. What a woman. What a doll.

It's certainly far from my 80's experience of Barbie. Barbie in a swimsuit, Barbie size zero, Blonde Barbie, Barbie blue eyes. I have to admit; this is all I remember. There was no Eleonor Roosevelt back then, and I wish there were. Throughout my childhood and teenage years, there was only one type of Barbie.

Mattel has undoubtedly moved the toy market forward. One type' of Barbie [an unhealthily skinny one] was never going to represent real women, but for more than 50 years, one type was all we got. If the traditional Barbie doll I remember were a real woman, she would weigh about 8 stone, with a waist 20 centimetres smaller than a group of anorexic women.

Thankfully, Mattel has recognised the importance of representation and 'play' in shaping how young people think, feel, interact, communicate, and behave. In recent years, the company has unveiled many new dolls with inclusive hairstyles and different skin tones and body types. We now have a doll with vitiligo, a doll with no hair, and a doll with a darker skin tone and a gold prosthetic limb. In fact, the Barbie Fashionistas line now includes 176 dolls with eight body types, 35 skin tones and 94 hairstyles, "designed to reflect the world girls see today." 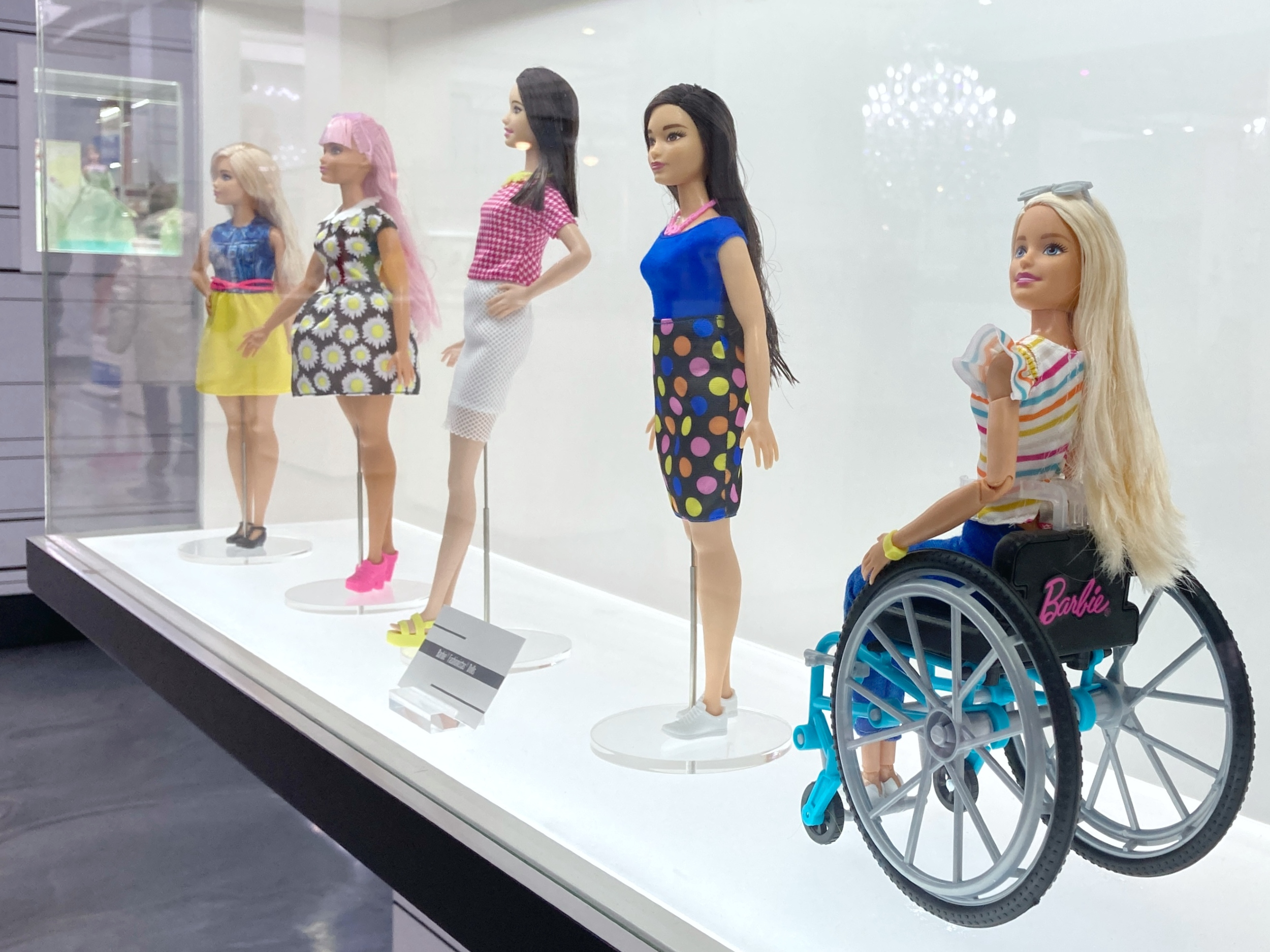 This is all very different from my childhood. By the time the '90s surfaced, it was less 'toy' Barbie and more 'real' Barbie. The Barbie I used to know jumped from my toybox to my TV screen. Pamela Anderson became 'real-life Barbie' every Saturday evening. A lifeguard with a brain? Of course not. She was the 'hot' blonde that sent ratings through the roof. Not my words. Not my headlines. If live pause were available at that time, we would have never got to Blind Date or You Bet. Barbie was no longer a toy the girls played with. She was now a toy for the boys. Up popped Nuts, Zoo, Loaded and FHM and 'Barbie' was back in my life once again, visible at every turn. A dozen or more other women just like Pamela was all that I saw in our mainstream media at the time. Eleonor who?

Fast forward to today, and things have moved on. It's not the 80's or 90's anymore. Today, Saturday night TV has lost Pamela. The newsagent shelves have been cleared. But just because Page 3 and FHM are no longer and we have over 100 different Barbie types, it doesn't mean we have moved on entirely, and there are two points I wish to make. The first is that Mattel is doing a fantastic job creating many different types of women in their Barbie doll. The problem is that it is still mainly girls who pick up Barbie, and many toys – including dolls - are still marketed to children in a very gendered way. On the whole, parents still feel uncomfortable about allowing a boy to play with a doll. Not even an Eleonor Barbie is likely to change that, and that's a problem.

The second point is this: Barbie doesn't come with a narrative and an instruction guide. Like so many women around the world, she sits motionless, waiting for someone to lift her up, give her a voice and create conversations and scenarios in which to thrive. This toy, like all others, is played within a culture, context and at a point in time. The question is, what is that culture, what is that context, what is that time? Is mummy still doing most of the household chores? Is mummy being paid less than daddy for the same work? Is mummy losing out to a promotion at work? Is mummy, the oldest child, going to have the family inheritance and title passed to the family's first-born male? Is mummy struggling financially to leave a domestic violence relationship? Is mummy unlikely to get justice for a rape?

Boys not picking up Barbie means they don't get to experience the diversity of women. Girls picking Barbie up and enacting and playing out what they see around them is only good if what is happening around them is fair and equal.

Barbie has changed. And that's a good thing and we thank Mattel for Eleonor and the other 176 Barbie types. But Barbie can't alone solve the issue of gender inequality. It is only when the narrative within the homes that Barbie sits and the fairness within the society in which Barbie is made is seen can we really help every little girl to become an Eleonor. And hopefully, unlike Eleonor, she will be equally paid, highly valued and not come second to her husband. 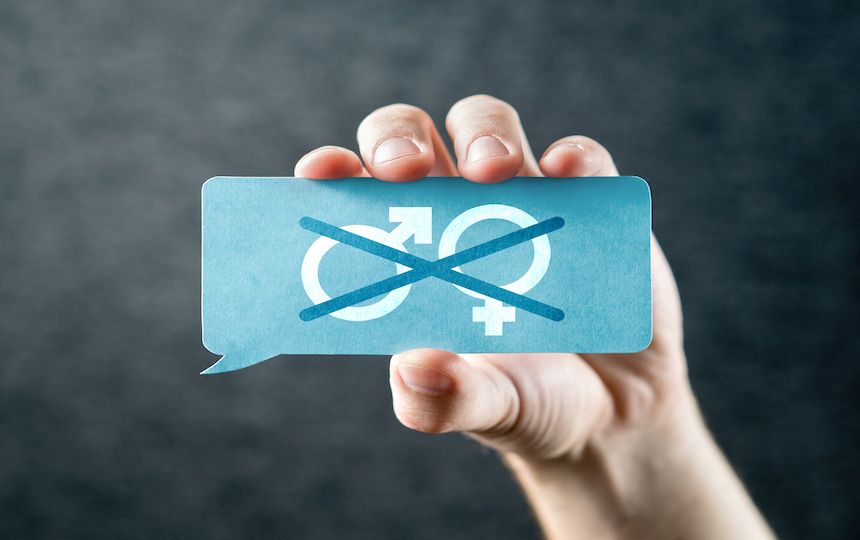 A quick summary of the news articles that have got us talking in the last fortnight including 'upselling', students gambling, universal credit, gender blurring and THAT unwatchable video.