Today we list 10 positive news stories emerging from the crisis we all know as Coronavirus. It's just a sample of all the good things happening right now and how many are choosing to award and applaud others. Sometimes we just need a spoonful of positive dust to help us through... here is our sprinkling...

In the past, we’ve brought you weekly round-ups of key news stories everyone should be aware of, but now we want to do something a bit different. The world isn’t doing too great, and it’s hard to ignore all the negative news stories circulating the media. However, the worst situations often bring out the best in humanity, and it is these positive news stories of people across communities coming together in solidarity that have been getting us through these uncertain times, and we want to share them with you. We want to take your mind off the horrible and bring you some of the most wholesome and inspiring things happening right now. We’re kicking this off with our ‘top ten’ positive news stories from the past few weeks. We hope this shines some light into your day.

Obviously, with everyone in lockdown, zoos and wildlife parks are pretty empty, but that hasn’t stopped staff members from sharing live footage of our furry friends and hosting virtual tours! Across the past few weeks, zoos across the country (and the world) have been hosting live videos and tours on an almost daily basis to help people fight those isolation blues, particularly in children. My personal favourite was the video of penguins openly exploring a closed aquarium in Chicago – who doesn’t want to see that!?

With isolation coming into effect worldwide, many birthdays aren’t exactly going to plan. However, that hasn’t stopped communities from coming together to ensure that birthdays are still being celebrated (within social distancing guidelines of course). The perfect example of this was when the mother of an eight-year-old girl asked her neighbours if they would be willing to wish her daughter a happy birthday or post a card in light of her being unable to celebrate her birthday with her friends. However, the community went one step further, and the entire street rallied together to sing ‘happy birthday’ – I’m definitely not crying.

8. Applause and thanks for a shopping paramedic

The NHS is working hard to keep our country going, with many staff members having to isolate from their families and work much longer hours through this difficult time. On the morning of the 2nd April, shoppers in Norfolk did what they could to express their gratitude to a paramedic, who went to do his shopping after completing a difficult 12-hour night shift. He was met with applause and thanks, with people who were queued waiting to go into the shop letting him go ahead, and a fellow customer insisting she pay for his shopping. It’s great to hear that people are expressing their gratitude in any way they can.

When they first shut, hundreds of schools encouraged children to occupy their time by creating rainbows to put in their windows in order to spread hope and positivity. The response to this has been massive, with children across the country creating the most amazing rainbows to put up in their windows to raise the morale of both their family and people passing by. In the weeks since this began, rainbows have not only been popping up in windows but also on brickwork structures (such as houses and walls), with people using colourful chalk to spread this positivity. This takes ‘brightening your day’ to a whole new level! 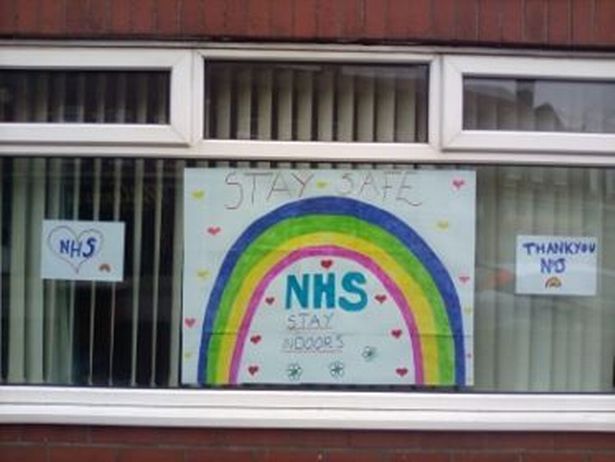 6. A huge drop in air pollution

Countries across the world have been going into ‘lockdown’, banning all but essential travel and work. With many industrial sectors ceasing work and cars being taken off of roads, we are seeing a huge drop in pollution levels across the world. For example, some pollution levels in areas of China have been suggested to be around 10 – 30% lower than normal. We’re not scientists so we can’t tell you what this means for our environment and climate change, but lower pollution levels can only be a positive thing.

Organisations and people across the country are rallying together to help supply enough face masks to protect healthcare workers as they work to support our country. Just one example of this is seen by a school in Stamford, whose design technology staff are producing up to 200 masks per day for those working on the frontline. In addition to these masks, Stamford Endowed Schools are donating personal protective equipment to the local health care community and have already made a large donation to local food banks. What a great way to support their local community!

Something that will hopefully bring you a smile is the story of one postman in Nottingham dressing up in order to cheer up both himself and residents. Having to isolate from his family whilst working, he decided he wanted to bring happiness and smiles to his life and that of others. He has so far dressed up as a wrestler and a famous Disney Princess whilst making his rounds and has been met with children waving from windows and cheering and clapping from residents. Other outfits he has planned include a unicorn, dog and superhero. I can’t wait to see those!

3. Radios coming together in unity

Radio use has been on the increase – I, for one, have used my radio more in the past month than I have in my entire life (sorry radio – I’m a Gen Z kid). Radio stations are championing on, providing people with a mixture of programmes and songs to uplift spirits in this period of isolation, and they were doing this even before lockdown came in effect. In a show of unity and solidarity, dozens of radio stations (and hundreds more across Europe) came together on the morning of the 20th March to play ‘You’ll Never Walk Alone’ to the nation. It was a message to all of those working in healthcare, those who are ill and are in isolation to say that they are not alone and that we’re all in this together. We second that message.

Towards the end of March, the government announced a volunteer scheme to help relieve the pressure on the NHS. They aimed to recruit 250,000 helpers to support 1.5 million of the most vulnerable by delivering food and medicine, driving patients to appointments and phoning those who are isolated. The response to the scheme was overwhelming. Their target of 250,000 volunteers was met three-fold; more than 750,000 people signed up, over 500,000 of which did so within the first 24 hours of the scheme going live. This huge response has meant that the government has been able to extend the group of vulnerable people receiving support from 1.5 to 2.5 million. The NHS volunteers are due to start receiving their tasks and we’re beyond proud to say that our fellow changemaker Jo is among this wonderful group of people.

1. Clapping for those who are keeping our country going

OK, so we haven’t been putting the positive news stories in order of how positive they are, but it felt right to place this movement in the number one spot. What started as an applaud for NHS staff and care workers has now been extended to include a wide range of key workers still working to keep our country running through the pandemic, such as delivery drivers, supermarket staff, bin collectors and more. In a wonderful show of unity, people across the country have been honouring NHS staff and key workers by standing in their driveways, standing in gardens, or leaning out of windows to take part in the ‘Clap for Carers’ tribute. The sister of our CEO is a social worker and her husband a nurse and every Thursday evening at 8pm when the UK comes out to clap, their neighbours deliver them a glass of wine. It's the small things.

In addition to the applaud, people have banged pots and pans, played the bagpipes and set off fireworks, and landmarks across the country (such as our very own Lincoln Cathedral) have been lighting up blue to show their support. It comes as no surprise that this is expected to happen every Thursday at 8pm, and we hope it does. If you didn’t know this was happening, you do now, so get involved. Join the country and thank our NHS staff, key workers and others who are helping to keep the country going and going well. We promise it’ll be an emotional experience. 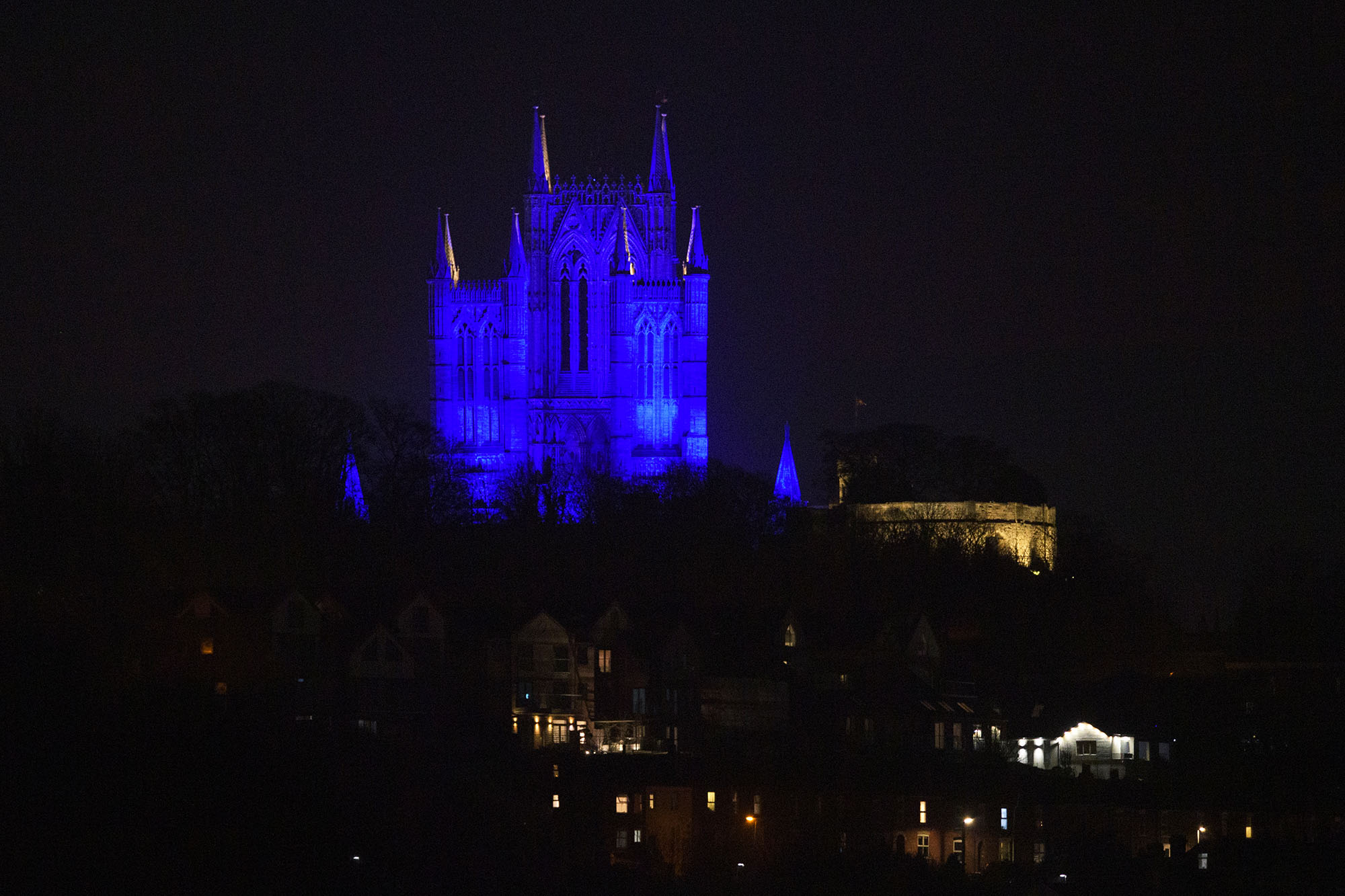 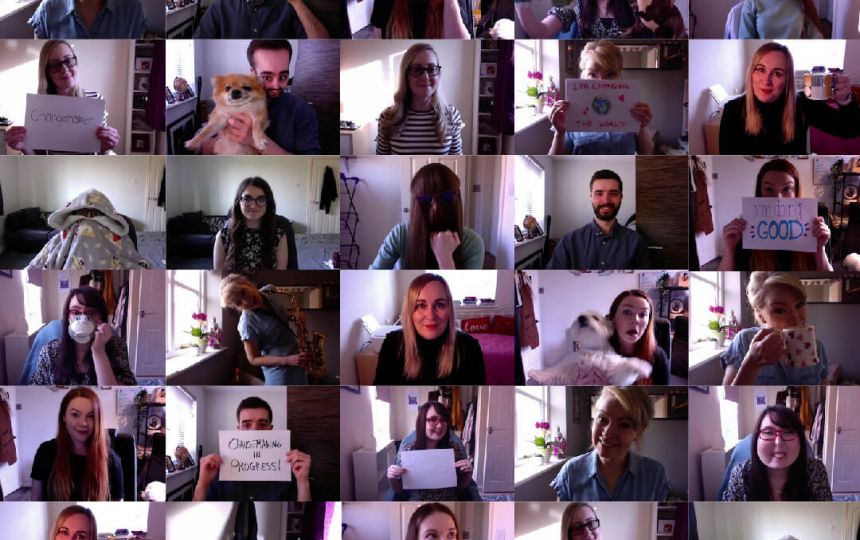 Open and ‘business as usual’ during coronavirus

Updated January 2022 COVID-19 continues to impact business and operations around the world. Social Change UK is ... 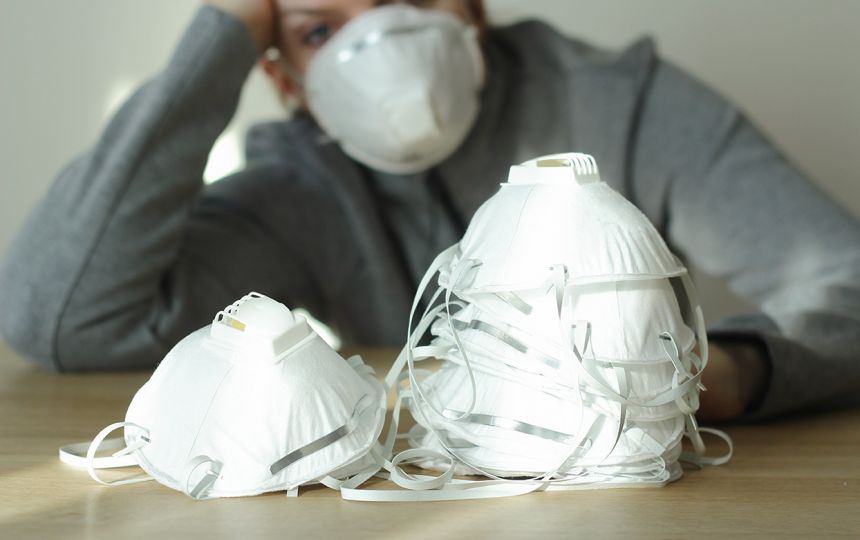 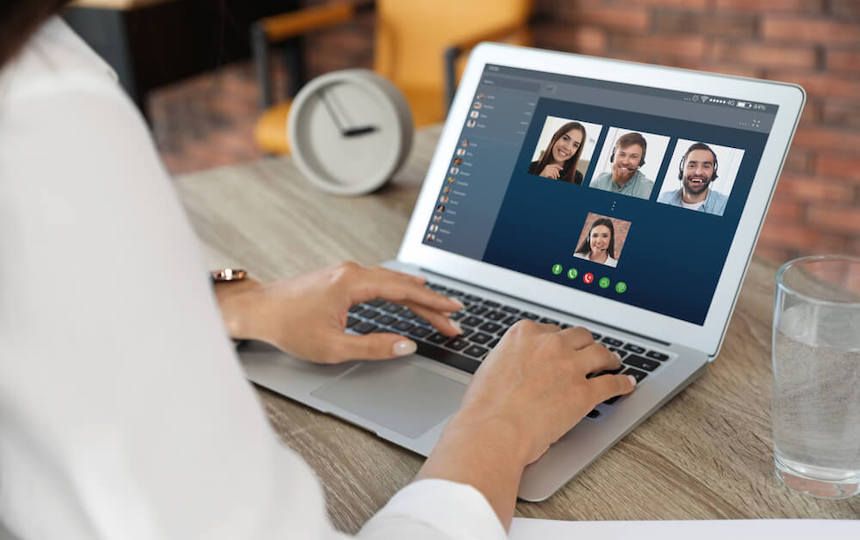 Why you should be using virtual focus groups

As researchers, it’s important for us to be flexible and able to adapt to different, complex situations. Today&... 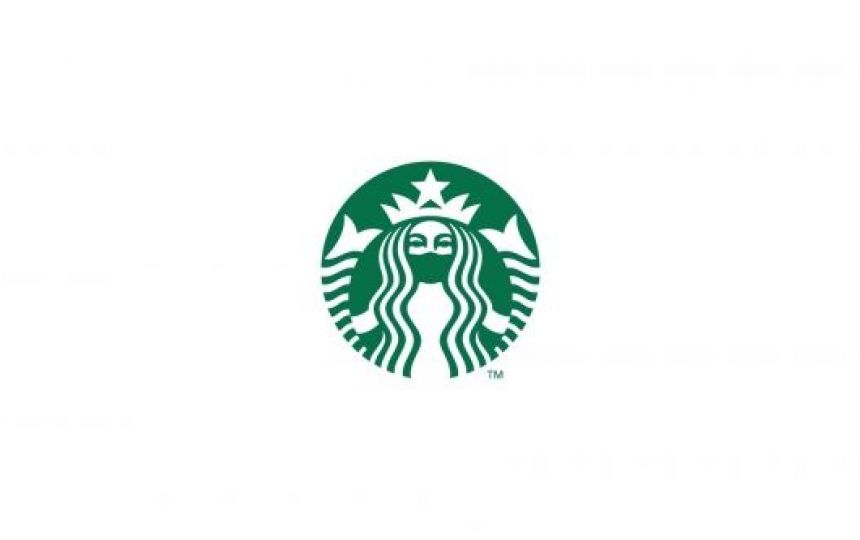 Can a change to a logo better promote social distancing?

Some well-known brands have changed their logo to help promote a concept relatively new to many of us - social ...