Date: 25/03/2021 Written by: Lindsey 6 minutes to read.
We question whether TikTok can change the world

In September 2016 a new app took the world by storm.  But aside from the dancing and hacks, can this app be used for good?

A platform filled with short-form videos ranging from 15 seconds to a minute in length, largely featuring viral challenges, dance videos and pets doing funny things [have you met Skye and Copper, branded TikTok's "most famous dogs" with more than 2.2 million followers?] Yes, we're talking about TikTok - the most downloaded app of 2020.

With a staggering 689 million TikTok users internationally joining the TikTok craze, this app is hot. The average daily time spent on TikTok is estimated at 45 minutes, during which users can recreate viral trends from the built-in video and sound features or just kill time scrolling through and watching the millions of hours of content now available.

Follows, shares, watch and re-watch time allows your content to be seen by many, perfect for marketers wanting to promote their latest campaign. With likes and comments holding a lot less ‘weight’ in the algorithm, users can pick and choose the videos they see. If videos are ‘skimmed over’, TikTok cleverly learns from this and uses the algorithm to filter content that users engage with.

Putting the dancing and lipsyncing to one side we wanted to explore if TikTok had the power to do some good in the world and we're keen to see how changemakers and charities have been using the platform to do something positive.

‘TikTok for good’ is an idea that people using the platform can positively impact the planet and the people around them. In partnership with the International Federation of Red Cross and Red Crescent Societies, TikTok created the hashtag #forclimate; encouraging users to show the impacts of extreme weather to help educate others on how to make a difference. The slogan created for this revolutionary change was ‘we change or climate does’. Remarkably, 273,000 videos were created for the hashtag with over 380 million video views. How incredible is that!

TikTok also worked worldwide with animal welfare organisations in a global campaign. For every #PetBFF video posted on the platform between the 16th and 22nd of November 2019, TikTok donated $1 to ASPCA’S ‘lifesaving efforts’ to support the welfare of animals in need. This brilliant fundraising initiative encouraged 490,000 videos to be created with over 2.3 billion video views. Well done TikTok!

We hope ‘TikTok for good’ continue making a difference, raising money and awareness for the charities and issues that require help. The platform can be used to bring a host of issues straight into the palms of a whole new audience of changemakers.

The dark side of TikTok

With the app growing so rapidly, mistakes have been made, expensive mistakes. In 2019 TikTok’s company ByteDance paid a $5.7 million fine for illegally collecting personal data from children under the age of 13; a violation of the federal Children’s Online Privacy Protection Act.

To prevent further scrutiny to an already volatile situation, TikTok acted fast to protect itself and its younger users by creating a restricted mode. The mode limits the appearance of content that is seen as inappropriate for all audiences. While these restrictions are reassuring for parents and guardians whose children are accessing the app, it’s easy to bypass parental consent by putting a false birthdate when creating an account, which has created a difficult issue for TikTok to patrol fully.

As with any social media platform, it has its ugly side. TikTok was created to bring happiness and raise awareness of climate change, pollution and many more issues to its users. But bullying and harassment from ‘trolls’ or ‘keyboard warriors’ has created a stigma around the app deeming it an ‘unsafe place’. Content creators such as Charli d’Amelio, regarded as the “biggest star” on TikTok and the first person to earn 100 million followers, are often criticised for their physical appearance and the way they act in their videos, and it is not uncommon to see hate comments on their weight, which is unnecessary and inappropriate.

TikTok’s ‘rulebook’ was put in place to remove any content that violates Community Guidelines. Accounts can be banned for severe or repeated violations and when warranted, TikTok reports the user to the relevant legal authorities.

Each video has a ‘report’ button displayed clearly for users, making it easy for users to report any content that doesn’t conform to the guidelines. TikTok claims to be ‘proactive’ when enforcing the guidelines with a mix of technology and human moderation, taking down videos before the content gets reported. Community guidelines are updated and developed from time to time to highlight any new risks that may be arising, ensuring TikTok is as safe as possible.

At its worst TikTok could become an uncontrollable force. As TikTok grows it is vital that the guidelines remain updated to tackle any issues which may arise.

In the right hands, as with all apps, TikTok has the ability to be a place for education and awareness. Bringing people together all over the globe, ‘TikTok for good’ can be a place for charities to thrive, enabling them to tap into new audiences whilst creating a new income stream and brand awareness.

Are you interested in using TikTok for good? Talk to us about your next campaign. 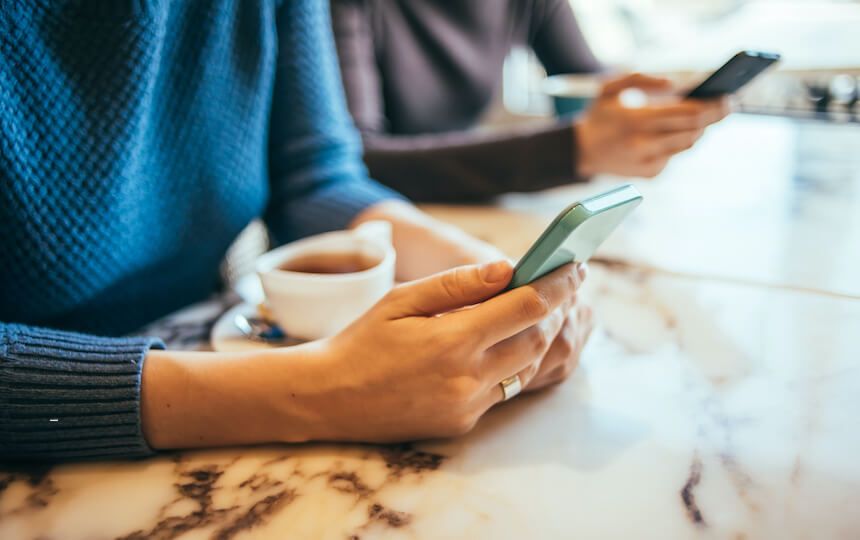