Children are spending more time online than they are watching traditional television services, and this has been the case since 2016. A study by Ofcom in 2018 found that whilst children are spending a steady average of two hours and 11 minutes online every day, the time spent watching television has decreased to less than 2 hours. This shows an increasing favourability of online services over television.

The study also showed that almost half of children were watching subscription-based television services – such as Netflix, Amazon Prime, and Now TV - and 80% of children had used YouTube, making it the most dominant online service. Out of 40 children in the Ofcom study, 37 watched YouTube and 16 watched Netflix every day, compared to only 10 watching television every day. This shows that not only are an increasing number of children accessing online services, but the amount of time they spend using these services is also increasing.

So, why are children spending so much time online?

The ease of access to online services plays a large part for this shift in behaviour in favour of online services. Many children have access to their own smartphone, tablet or both and there are few restrictions in place. 71% of children who own a mobile phone and 61% of children who own a tablet are allowed to take these to bed, which can give them the opportunity to have unrestricted access through the night. Research has found that 35% of young people aged 12 – 15 years are finding it difficult to restrict and moderate the time they spend online.

Real life interaction is considered to be“too much effort”

This device ownership increases the opportunities for children to go online and decreases their need to interact with the real world. They find that using these devices to socialise and interact online is easier than doing so in real life, which is considered to be “too much effort”. Online connection is instantaneous, whereas arranging an activity face to face can take some time - I’m sure we’re all familiar with the “I can do these days but not those days” (and vice versa) dilemma when organising social interactions, so being able to eliminate this is a tempting offer.

Although some children like watching YouTube and television equally, the former is preferred by more children. YouTube is favoured by children because it is considered to be more convenient; they can find exactly what they want to watch on YouTube, whereas this isn’t always possible on television channels. Not only this, but the content which is offered by YouTube widely differs from traditional television and interest in this is an increasing trend.

The top three categories in which children watch videos are hobbies and passions, vloggers and community, and sensory videos

YouTube can offer anything and everything, from gaming videos, to vlogging (video bloggers), and even to online series. This is popular with children as it allows them to have more control over the content they can watch and provides a more personalised service, as services can recommend videos based on their previously watched content. In 2018, Ofcom found that the top three categories in which children watched videos were hobbies and passions, vloggers and community, and sensory videos. Many children watch vloggers or other online personalities because they are considered to be a role model or a friend, who can provide them with advice or support should they need it.

49% of children are watching subscription-based on demand services

Netflix, Amazon Prime and Now TV are also popular alternatives to television, with 49% of children watching these subscription-based on demand services. The appeal from these services is similar to that of YouTube, in that it allows children to search for exactly what type of programme they want from an extensive library of options. It also allows children to watch programmes at their own pace and in their own time, rather than being confined to a specific time on a specific day, as is the case with live television. As with YouTube, these services are popular for their ability to provide control and personalisation with regards to what children watch.

It seems the underlying themes encouraging children’s increasing use of online services are rooted in their personalisation, convenience and ease of access. Children want personalised services which allow them to watch whatever they want whenever they want. Online options can provide this, and so their use will no doubt continue to increase and overtake that of television. Does this mean television will eventually become obsolete? Probably, but at least Game of Thrones would have finished before then. 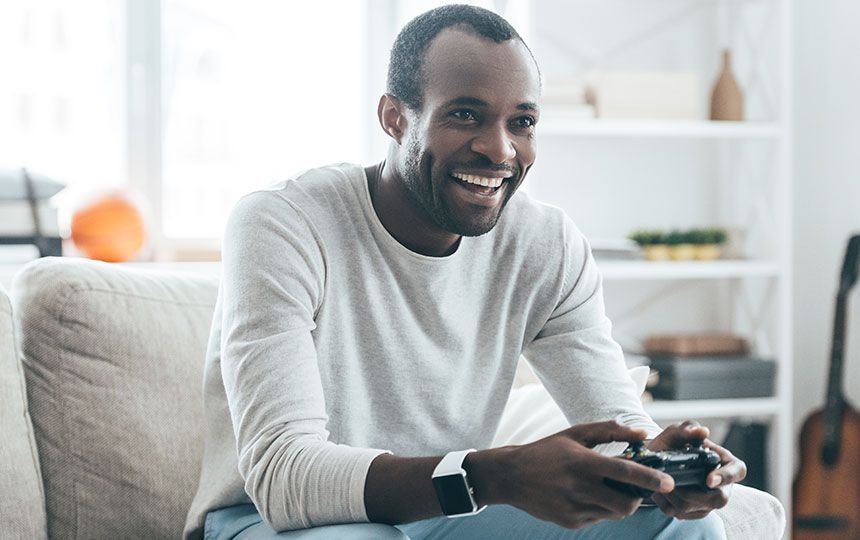 2016 - the year when computer games heal you

I love this time of year! It is when experts from across the digital and tech world dig out their crystal ball and start to predict what will happen next year. One prediction from Nesta caught my eye… apparently 2016 will be the year when computer games heal you…