World AIDS Day is at face value a difficult subject to prepare a campaign for. Indeed, the topic is certainly sensitive, but with due consideration a social marketing campaign for the modern era is achievable. Many organisations now share a willingness to promote the cause of World AIDS Days, with private companies, NGO’s and government bodies working on developing strategies to promote the event. Over the years there have been many campaigns surrounding the day itself, but there are several which stand out from across the years.

Sexual health company Durex routinely create innovative AIDS and HIV awareness campaigns. Back in 2012, they created the #1share1condom campaign. For every share the company received on its Facebook videos, photos relating to World AIDS Day, and tweets on Twitter including the hashtag #1share1condom, the company would donate a condom to global and local charities promoting HIV awareness and prevention. Setting an ambitious target of 2.5million condoms given away, symbolically reflecting the 2.5million people newly infected with HIV in 2011. The campaign managed to ultimately donate 2.25 million condoms, not quite their target but still a resounding success.

The simplicity behind the campaign combined well with the growing social media audiences, where clicking and sharing culture was greatly increasing. Representing little outlay for people engaging with the posts, users were willing to share the posts and Durex’s message across both Twitter and Facebook.

There has been a definite tonal shift in the way HIV and AIDS campaigns are approached. The campaign by HIV.AZ titled ‘It’s only dangerous if you don’t know it’s there’ certainly reflects the changing attitude to HIV.

Traditionally, AIDS awareness campaigns have focused on using fear to encourage people to change their approach to sexual health, but this approach now seems rather heavy-handed and has the adverse effect of stigmatising those with AIDS, creating negative social implications for them.

HIVAZ’s approach would be to include humour. Their posters feature slapstick moments, with people walking into dangers they were unaware of, such as a glass door or a pothole. The message is much subtler than the scare tactics of old but is incredibly effective in promoting awareness of HIV test services provided in Arizona. This much more positive approach to sexual health promotion ensures that the poster is accessible and does not inadvertently stigmatise those with AIDS or HIV.

In 2014, a now inaccessible microsite was released to the public. ‘Feelnoshame.today’, launched by charity Sentebale, a charity aiming to help children in Botswana and Lesotho affected with HIV, included a video from one of their famous patrons and co-founder, Prince Harry, asking members of the public to share videos on social media revealing a secret. Numerous celebrities added their voices to the campaign, including Ricky Hatton, Paloma Faith, and Nicole Scherzinger, all revealing a secret about themselves to help raise awareness of World AIDS Day, and AIDS awareness in general. The concept was based around those living with AIDS wanting to keep their condition a secret through fear of discrimination, even from medical professionals who could help them control their symptoms. By creating videos sharing their own secrets, the event would simultaneously be shared, but also the poignant sentiment behind the campaign itself would be as well.

The campaign received 80 million tweets of the hashtag #feelnoshame and accounted for 1 in 20 tweets about World AIDS Day in the launch week.

UNICEF’s 2016 video for World AIDS Day told the inspirational story of Livey van Wyk, who at aged 17 found out she was both pregnant and HIV positive. She was ostracised by the community and removed from the school she loved. She tells of how important UNICEF were to her, and how they helped her as a child to develop to a point where she could share her story. The town which had previously shunned her now elected her mayor; her child was born HIV negative. The story itself is empowering with Livey achieving her goal and living a happy, full life.

The strength in this campaign comes from the compelling and gripping case study that UNICEF have. The video is beautifully shot, not too long, and delivered with purpose and an infectious warmth. The video from UNICEF’s Facebook alone has to date received 1.7 million views.

Messaging is the key to the beginning to approach a World Aids day campaign. Be it prevention, positivity and inspiration for those who live with AIDS, or helping to inform the public, there is huge potential to achieve your aim, and keep inspiring those who engage with what you create. 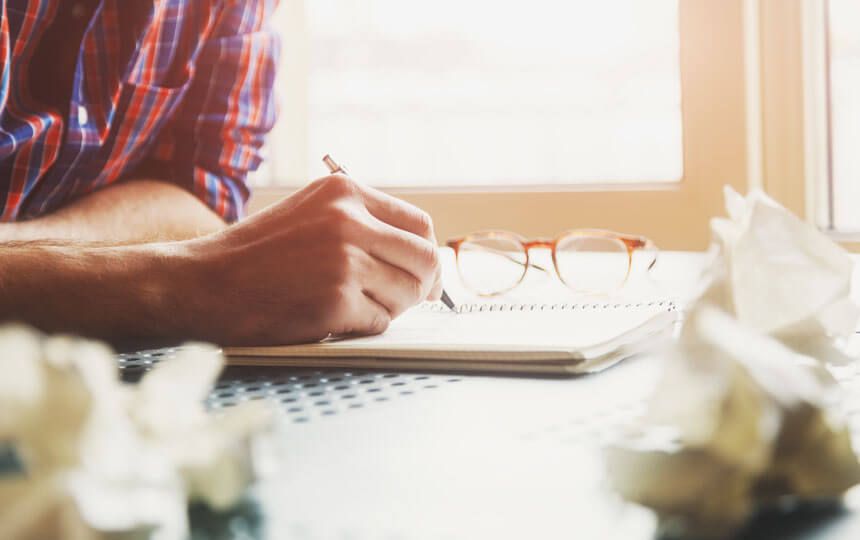 Why campaigns need to fail to succeed

Failure can provide greater insights than success. So why do we shun failure and hide it away in a box? Isn't it time we stood tall and embraced the power of failure?